SEOUL, Aug. 6 (Yonhap) -- As South Korean K-pop sensation BTS is returning to the silver screen with its documentary film "Bring The Soul: The Movie," people are waiting to see whether the boy band can join other local movies to break the monthslong Disney dominance at the local box office. 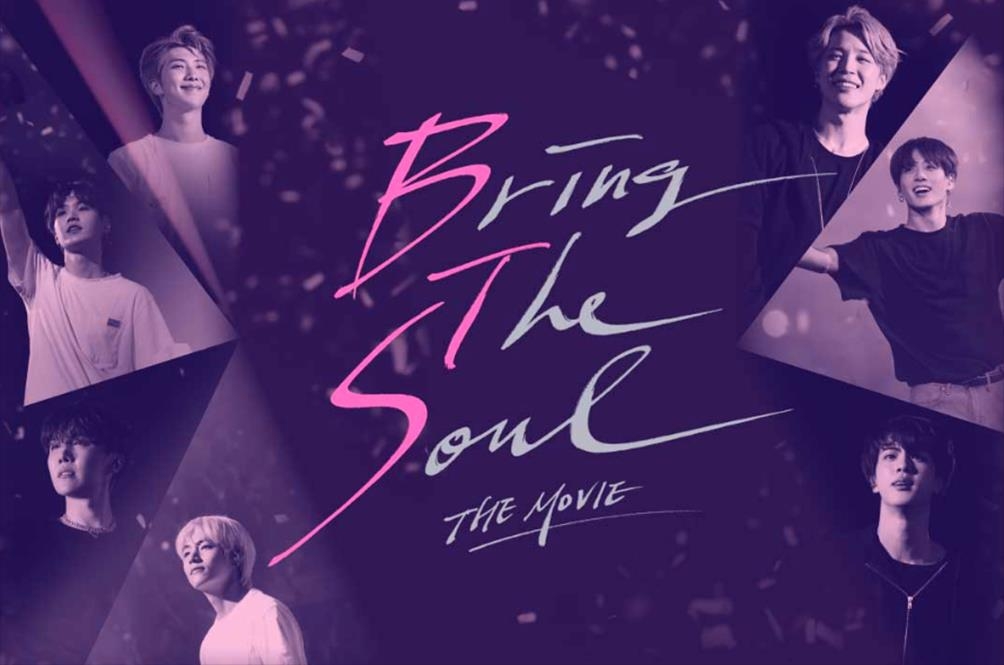 The tour's first concert, which took place at Seoul Olympic Stadium in Seoul on Aug. 26, was reproduced as a cinema version titled "Love Yourself in Seoul," released in January. It attracted 342,000 fans.

Its sequel features the following day of its final European concert in Paris. BTS members talk about their own feelings and experiences that they had during the monthslong travel to perform in front of tens of thousands of fans across the world.

According to data from the Korean Film Council (KOFIC), "Bring The Soul," scheduled to premiere Wednesday, had sold more than 164,000 presale tickets as of 12:05 p.m.

It took up 35.5 percent of presales on the day, outnumbering the Korean action comedy film, "Exit," with 20 percent and historical blockbuster "The Battle: Roar to Victory," to be released Wednesday, with 15.1 percent.

Critics expect the BTS movie to be a potential game changer in the South Korean box office where Disney-made movies have carried the day for months.

"BTS has a great fan base, and they buy movie tickets a lot like they did for albums," culture critic Ha Jae-keun said. "Its fans are big enough to make a storm in the first stage."

Its next remake of "The Lion King" also measured up to the market expectations, garnering 4.5 million audiences within less than three weeks.

On the other hand, South Korean movies have not performed well, except for the Cannes-winning satire "Parasite," as they've failed to appeal to movie fans in the late spring and summer season.

In July alone, as a result, South Korean movies accounted for a mere 11.7 percent of total ticket sales in the country.

But in August, South Korean blockbusters made a remarkable rebound and successfully caught the heart of film buffs and casual movie fans as "Exit" and the action horror "The Divine Fury," both released Wednesday, topped the movie chart over the weekend.

It is the first time that a South Korean movie has finished first at the weekend box office since June 6-8, when "Parasite" stayed atop it for two weeks in a row.

Insiders say it will be interesting to see whether "Bring The Soul" can contribute to the mood based on BTS' fandom, along with "The Battle."