SEOUL, Aug. 6 (Yonhap) -- South Korea's financial regulator said Tuesday it has drawn up contingency plans to stem volatility in financial markets as the United States designated China a currency manipulator in the latest escalation of their trade spat.

Financial Services Commission (FSC) Vice Chairman Sohn Byung-doo told a meeting with relevant officials that the regulator is drawing up "every possible options" to minimize the impact of the deepening trade spat between Washington and Beijing.

"The government will spare no efforts to minimize the impact of external factors on local markets and maximize the markets' resilience," Sohn said at the meeting. 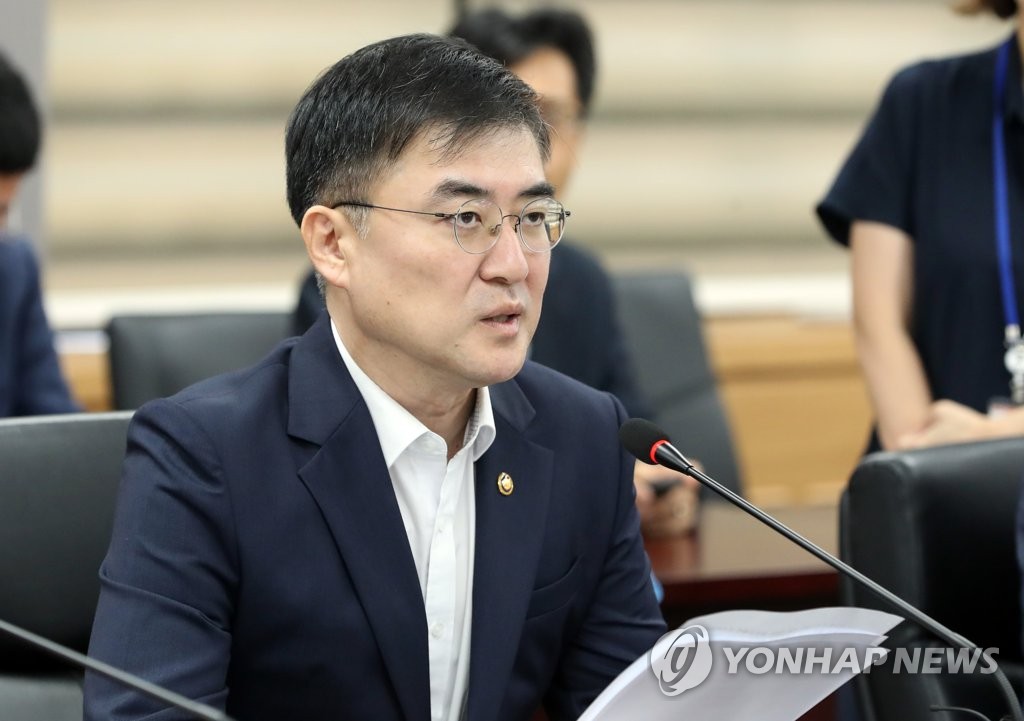 The government is also considering bolstering the role of stock-related organizations and institutional investors to mitigate financial volatility, Sohn said.

In what many analysts say is a response to U.S. threats to impose more tariffs, China on Monday allowed its currency to fall below 7 yuan per U.S. dollar for the first time in 11 years.

Beijing's move triggered fears of a currency war in global financial markets, with the trade conflict with Washington showing no signs of abating.

South Korean stocks have also been under pressure as Japan removed Seoul from a list of trusted export destinations, prompting Seoul to take a tit-for-tat measure.

So far this year, the Korean currency has fallen about 8 percent against the U.S. dollar, making it the worst performer among major Asian currencies.

The FSS "will strengthen its monitoring of factors that could expand market volatility, including movements of foreign investment and stock short-selling," Yoon said in a statement.

Yoon said market uncertainties will be prolonged, citing the worsening trade dispute between Washington and Beijing, Japan's trade curbs on South Korea and monetary policies by the U.S. Federal Reserve.