SEOUL, Aug. 6 (Yonhap) -- Japan is expected this week to unveil goods that will be subject to stricter regulations when exported to South Korea in addition to three key materials crucial to the production of chips and display panels, government sources here said Tuesday.

Previously, Japanese companies shipping industrial materials to South Korea were required to win government approval every three years, with an exception for products that can be used for military purposes.

Following the removal, however, Japanese firms now must win government approval for each shipment, including those of non-sensitive items, a process that can take around 90 days.

Such delays are feared to negatively affect South Korea, which depends heavily on imports of materials and equipment from Japan.

Of around 1,100 items designated by Japan as strategic materials, including 850 non-sensitive products, Tokyo plans to unveil details on which specific products will be subject to more complicated procedures when being shipped to South Korea on Wednesday, on top of the three materials.

"When the Japanese government provides details on the products that are subject to individual approvals, we can also assess the impact of (Tokyo's export restrictions)," an official from the Ministry of Trade, Industry, and Energy said.

Japanese firms that won "compliance program" approvals, meanwhile, can still trade with South Korea under simplified process despite Seoul's removal from the whitelist.

The policy has been allowing China and Singapore, which were not included in Japan's whitelist, to trade freely with selected Japanese companies.

Amid the growing trade row between the two Asian neighbors, Japan claims that the moves were inevitable due to South Korea's lax export control on sensitive materials, which could flow into a third country.

Korea was under Japan's brutal colonization from 1910-45. During World War II, many Koreans were forced to work at Japanese factories and mines. 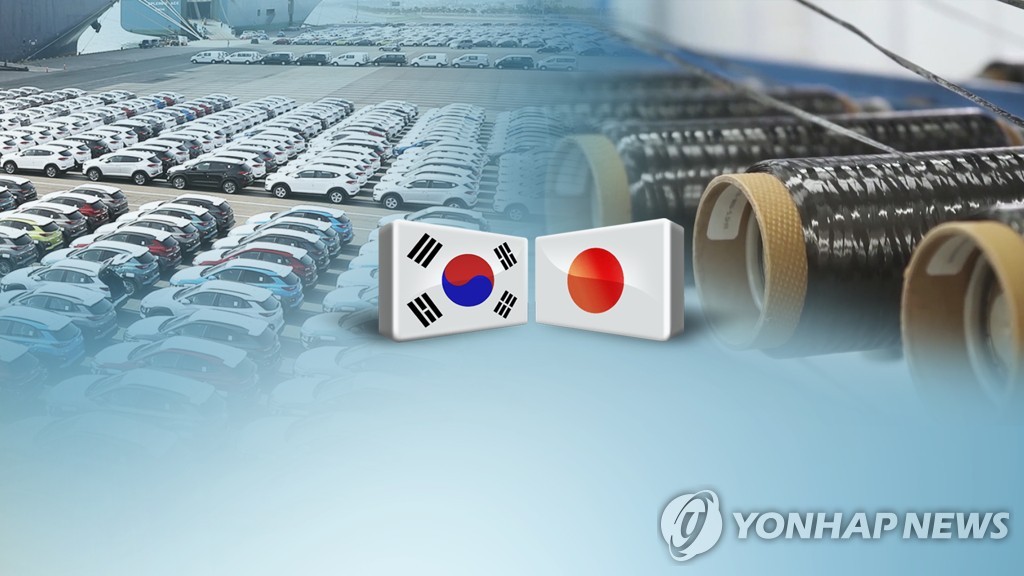 Japan may add to list of strictly regulated goods shipped to S. Korea

Japan may add to list of strictly regulated goods shipped to S. Korea