WASHINGTON, Aug. 6 (Yonhap) -- U.S. National Security Adviser John Bolton said Tuesday that Washington's recent willingness to deploy intermediate-range missiles in Asia has to do with protecting its allies in South Korea and Japan.

Bolton made the comment on Fox News in response to China's protests against U.S. plans to consider deploying conventional, intermediate-range missiles in Asia.

U.S. Defense Secretary Mark Esper made the plan known over the weekend after Washington withdrew from a missile treaty with Russia. 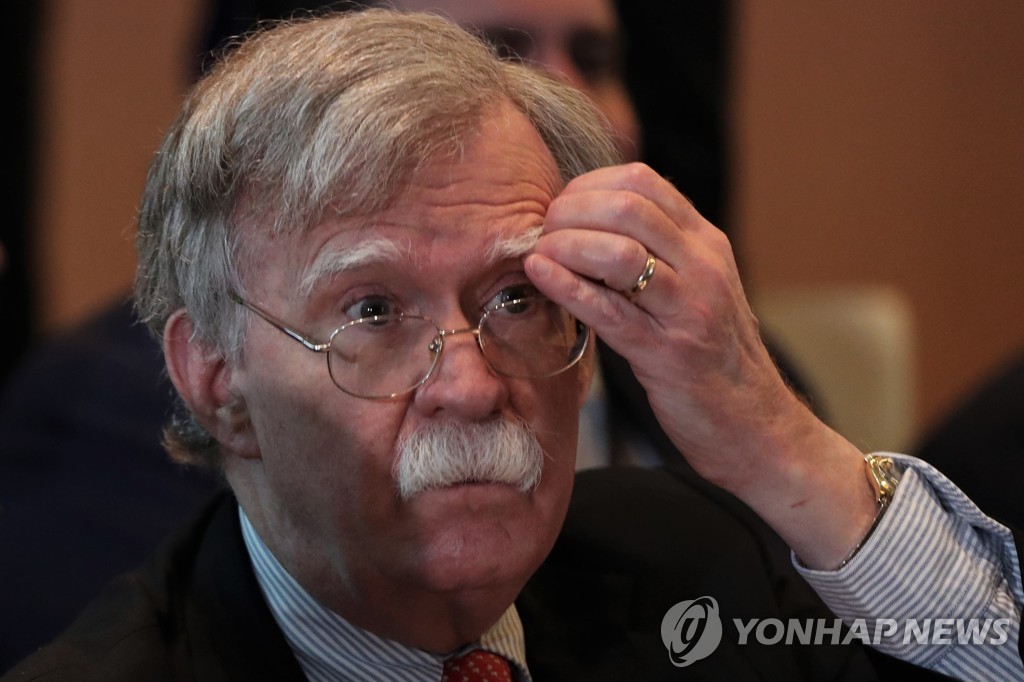 "That's because China has already got thousands of such missiles deployed," Bolton said in the interview. "They were not part of the Intermediate-Range Nuclear Forces Treaty. So they were free to do what they wanted. That's one reason President Trump withdrew from the treaty."

Bolton argued any U.S. deployment of missiles would be defensive.

"We're talking only about defending our deployed forces, our allies in South Korea, Japan and elsewhere," he said. "It's China that's built up its military forces and posed a threat."

There is speculation South Korea, a U.S. treaty ally hosting 28,500 American troops, could be a candidate site for the missile deployment.

South Korea's defense ministry said Monday that it has had no official discussions with the U.S. on the matter, nor has it reviewed it internally or have plans to do so.

U.S. Secretary of State Mike Pompeo said Sunday that Washington will continue to assess the deployment.

"We will evaluate whether there are certain systems, certain missile systems that make sense to put in certain countries," Pompeo said in an interview with Sky News. "These will be long, consultative processes as we work our way through them. But we'll never hesitate, if we think it's in the strategic interest of the United States of America and the strategic interest of an ally, to engage in a deployment, an operation for freedom of navigation or the deployment of certain systems."