On Tuesday, North Korea fired two projectiles believed to be short-range ballistic missiles into the East Sea, the fourth such launch in less than two weeks. They flew about 450 kilometers across the northern part of the Korean Peninsula, according to the Joint Chiefs of Staff (JCS).

"Two tactical guided missiles launched at the operational airfield in the western area of the country flew across the sky over the capital area and the central inland region of the country to precisely hit the targeted islet in the East Sea," the Korean Central News Agency (KCNA) said.

After watching the launches, Kim said its "military action would be an occasion to send an adequate warning to the joint military drill now under way," according to the KCNA.

Kim also took a photo with officials who "successfully conducted the demonstration fire," the KCNA said, in a possible sign that the North has completed the development of the weapon it described as "new-type tactical guided missile."

The firings came a day after South Korea and the U.S. began their joint military exercise as scheduled, despite the North's strong complaint against the maneuvers with a series of missile launches. The North has long condemned the exercise as a rehearsal for invasion.

A spokesperson for North Korea's foreign ministry has also slammed the ongoing drill as a violation of peace agreements South Korea and the U.S. signed with the North and said Pyongyang could seek a "new road" if such "hostile military moves" continue.

After the July 25 launch, North Korea said it fired a new type tactical guided weapon but said it tested a new multiple launch guided rocket system on July 31 and Friday.

Seoul has said that all the four launches in the past two weeks seemed to have involved short-range ballistic missiles. 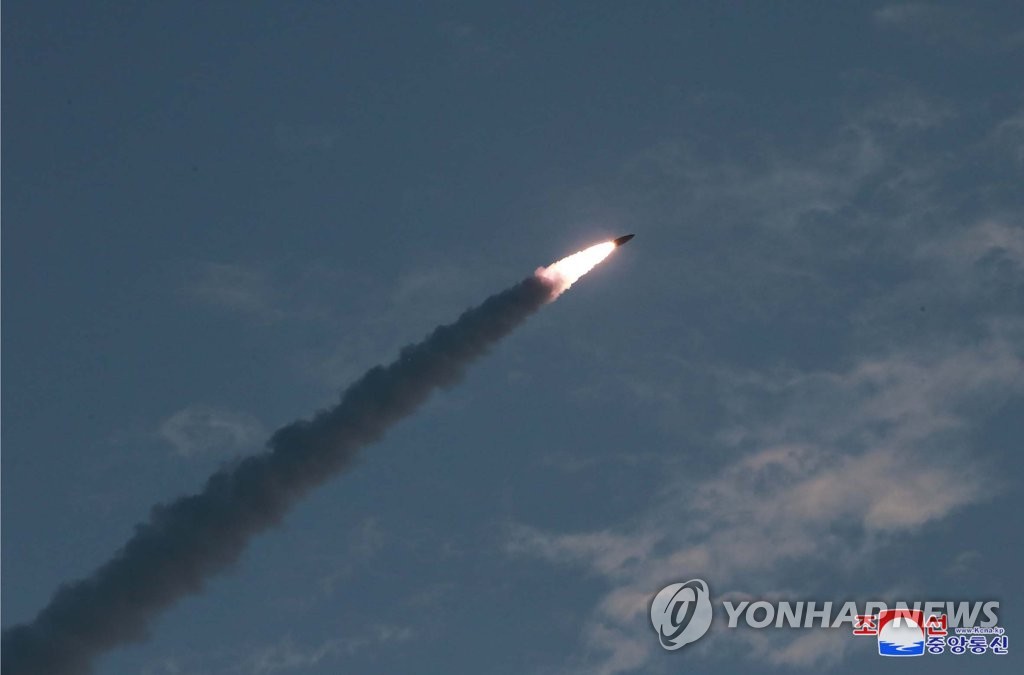