On Tuesday, North Korea fired two projectiles believed to be short-range ballistic missiles into the East Sea, the fourth such launch in less than two weeks. From its southwestern county of Kwail, they flew about 450 kilometers across the northern part of the Korean Peninsula at a maximum altitude of 37 km before landing in the waters, according to South Korea's Joint Chiefs of Staff (JCS).

"Two tactical guided missiles launched at the operational airfield in the western area of the country flew across the sky over the capital area and the central inland region of the country to precisely hit the targeted islet in the East Sea," the Korean Central News Agency (KCNA) said. 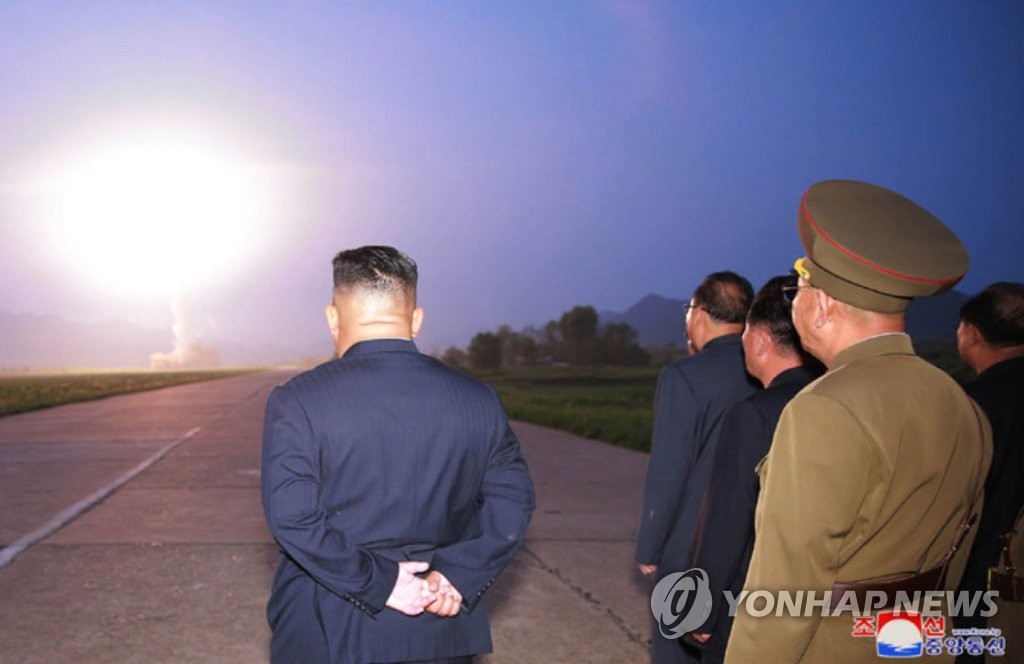 After watching the launches, Kim said its "military action would be an occasion to send an adequate warning to the joint military drill now under way," according to the KCNA.

The firings came a day after South Korea and the U.S. began their joint military exercise as scheduled, despite the North's strong complaint against the maneuvers with a series of missile launches. The North has long condemned the exercise as a rehearsal for invasion.

A spokesperson for North Korea's foreign ministry has also slammed the ongoing drill as a violation of peace agreements South Korea and the U.S. signed with the North and said Pyongyang could seek a "new road" if such "hostile military moves" continue. 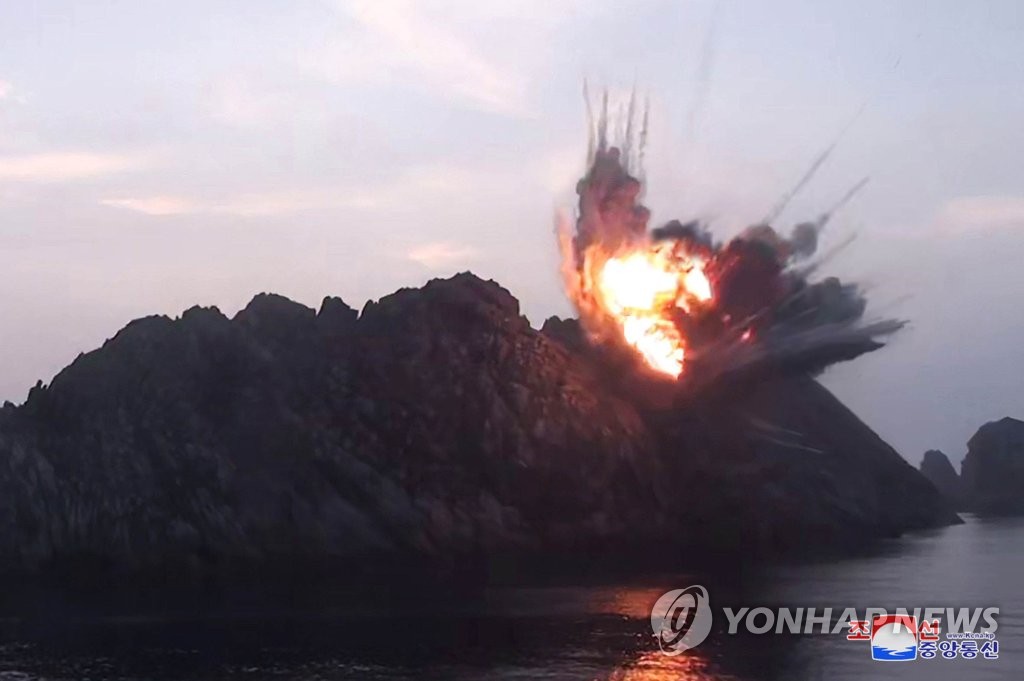 According to the KCNA, the latest firing "clearly verified the reliability, security and actual war capacity of the new-type tactical guided weapon system."

Kim also took photos with officials who "successfully conducted the demonstration fire," the KCNA said, in a possible sign that the North has completed the development of the weapon it described as "new-type tactical guided missile."

South Korea and the U.S. intelligence authorities believe that the North tested its version of Russia's Iskander, the ground-based ballistic missile, codenamed KN-23, in all four recent launches conducted on July 25, July 31, Aug. 2 and Tuesday.

The same missile is also believed to have been tested in May's launches, officials said.

The photos released by the KCNA on Wednesday also show that the missile fired on Tuesday from a transporter erector launcher (TEL) bears outward similarities to that launched on July 25. 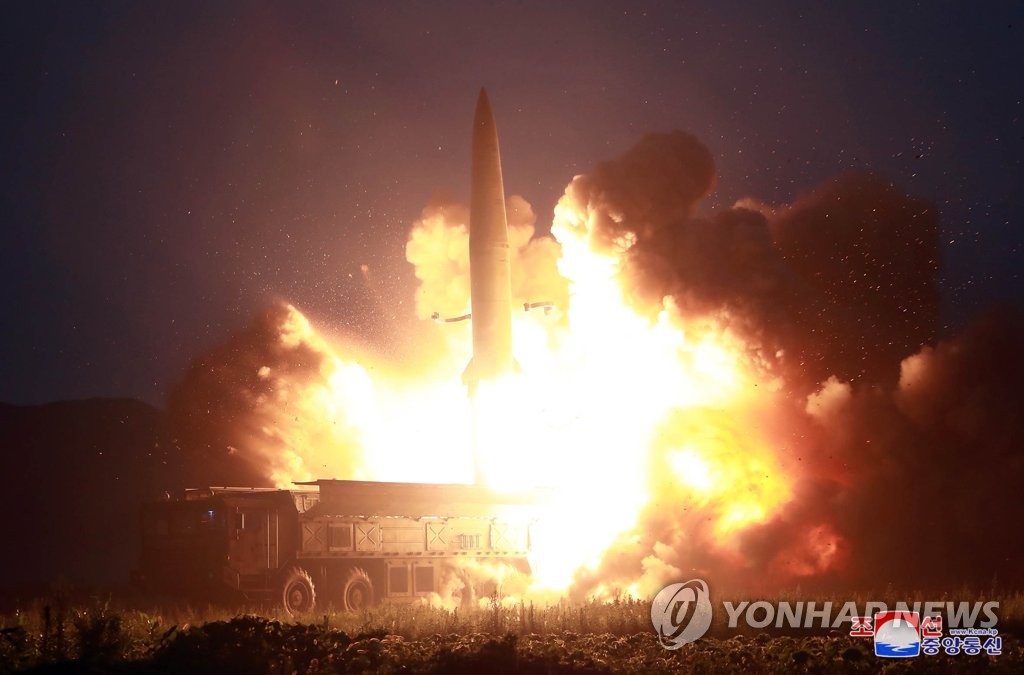 But North Korea has claimed that the launches on July 31 and Aug. 2 involved a new-type "large-caliber multiple launch guided rocket system."

While the three previous launches were carried out off the east coast, the latest one took place in its western region. North Korea's missile testing typically involves such changes in firing locations, according to experts.

South Korea's unification ministry called for the operation of an inter-Korean military committee that the two sides agreed to set up last year to discuss ways to reduce tensions and build trust.

"There is a need to seek practical ways, such as building military trust, to avoid unnecessary arms race and build a lasting peace regime on the Korean Peninsula," ministry spokesperson Lee Sang-min told a regular press briefing.

"In that regard, the inter-Korean joint military committee agreed under the Sept. 19 inter-Korean Comprehensive Military Agreement should be promptly operated," he said. 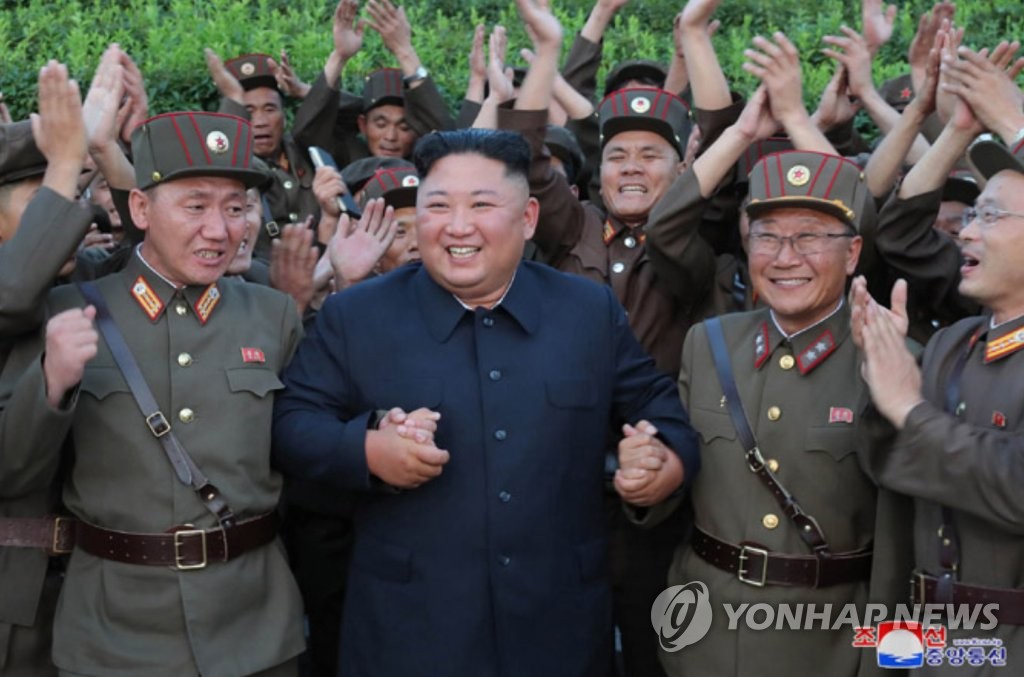