"We are hopeful that in the coming weeks we will get back to the negotiating table," he said at a joint press conference with British Foreign Secretary Dominic Raab.

"We are planning for negotiations in a couple of weeks and we anticipate the two teams getting back together," he added.

The talks have yet to be scheduled despite earlier expectations they would restart in mid-July. 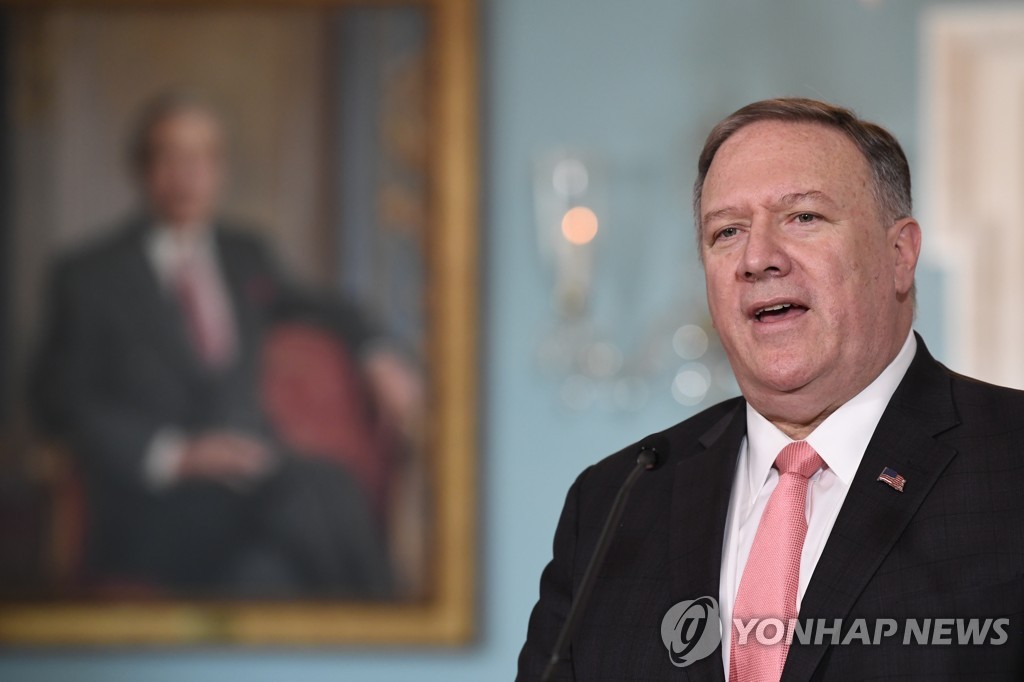 Analysts say the North is unlikely to return to negotiations before the end of the South Korea-U.S. exercises in late August.

The communist regime condemns the drills as an invasion rehearsal, and lately it has claimed they are in violation of peace agreements it signed with both South Korea and the U.S.

North Korea has warned that it could seek a "new road" if such "hostile military moves" continue.

Trump and Kim agreed at their first summit in Singapore in June 2018 that the North would work toward complete denuclearization of the Korean Peninsula in exchange for U.S. security guarantees for Pyongyang.

A second summit in Vietnam in February ended without a deal due to differences over the scope of North Korea's denuclearization and sanctions relief from the U.S.

Trump has downplayed the recent missile tests as "very standard" and insisted they do not break Kim's promise to refrain from nuclear or long-range missile tests.

After the third launch, Trump tweeted on Friday: "He will do the right thing because he is far too smart not to, and he does not want to disappoint his friend, President Trump!"

"We are mindful that when we came in, there was nuclear testing taking place that has not occurred. There aren't long-range missiles being fired. Those are both good things," he said. "Now the task is for us to deliver on what the two leaders agreed to back in June of last year in Singapore."

(LEAD) Pompeo 'hopeful' for resumption of talks with N.K. in coming weeks

(LEAD) Pompeo 'hopeful' for resumption of talks with N.K. in coming weeks