SEOUL, Aug. 8 (Yonhap) -- South Korea's central bank again hinted at a possible rate reduction in the near future Thursday, saying the escalating trade dispute between the United States and China, as well as the country's own trade conflict with Japan, may put additional downward pressure on Asia's fourth-largest economy.

The Bank of Korea (BOK) "plans to maintain the easing stance of its monetary policy as upward pressure on price increases is expected to remain weak, while the growth of the local economy remains slow," the central bank said in a quarterly financial status report submitted to the National Assembly.

"The monetary policy will be implemented in a way that will help long-term price increases be stabilized at around the target level while keeping a close watch on financial stability," it said.

South Korea's consumer prices have remained under 1 percent since the start of the year, far below the BOK's annual target of 2 percent.

"(The country) is expected to face high external uncertainties for some time as concerns over the negative impact of Japan's export restrictions on our economy grow while the U.S.-China trade dispute and geopolitical risks continue to work as risk factors," the report said. 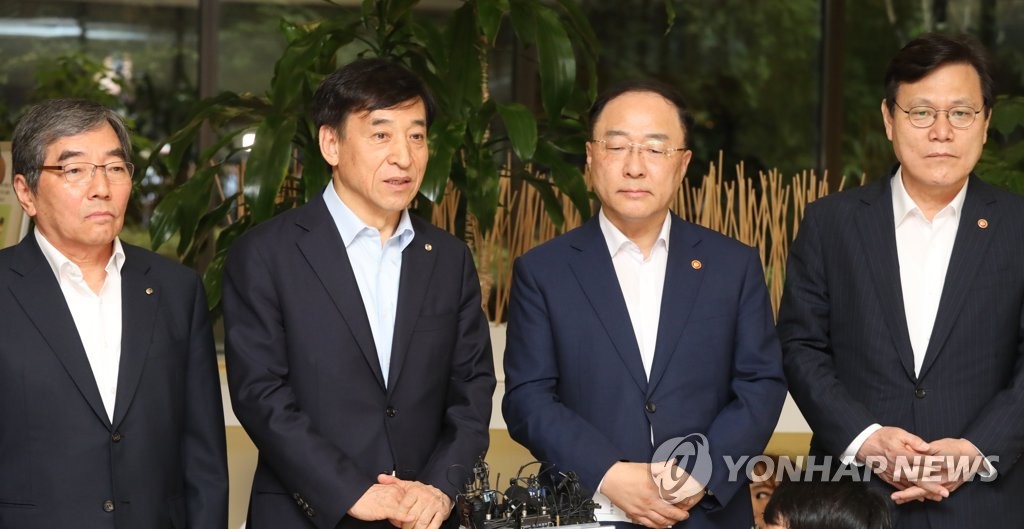 The report comes three weeks after the BOK monetary policy board voted to slash the policy rate by a quarter percentage point to 1.5 percent in its first rate cut in more than three years.

The move was clearly aimed at supporting the country's economic growth that has significantly slowed due to sluggish exports and investment that apparently followed the escalating trade dispute between the world's two largest economies that are also the world's largest importers of South Korean products.

In the first half, the country's real gross domestic product grew 1.9 percent from the same period last year, apparently a less-than-anticipated expansion caused by an unexpected 0.4 percent on-quarter contraction in the first three months of the year. South Korea's exports have also been on a steady decline since December.

The report also comes one day after BOK Gov. Lee Ju-yeol hinted at a possible rate cut down the road.

"(We) may consider monetary policy measures if needed by changes in conditions," he said Wednesday while meeting with reporters after a special meeting of top financial officials, including Finance Minister Hong Nam-ki, to discuss market stabilization measures. 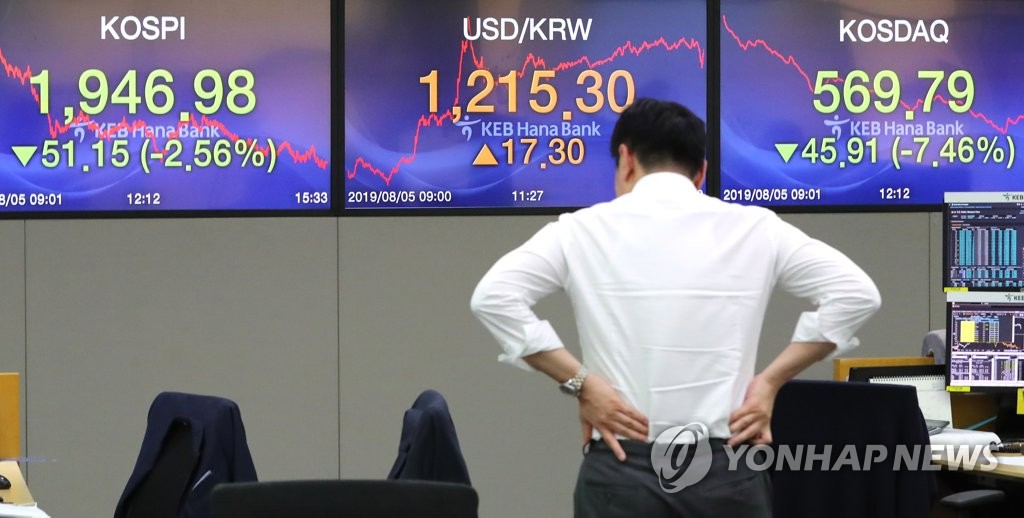 China too is threatening to take reciprocal steps, sending further ripples throughout the globe.

"As uncertainties stemming from the U.S.-China trade dispute are expected to continue for some time, there is a need to carefully monitor any changes in conditions for global trade or possible impact on the local economy," the BOK said.

BOK report hints at possible rate cut in near future

BOK report hints at possible rate cut in near future