Shipments of cosmetics to the neighboring country came to US$300 million last year, up 34.2 percent from $230 million the previous year, according to the data from the Korea Customs Service and the Ministry of Health and Welfare.

The growth rate was the second highest recorded among the top five destinations for South Korean cosmetics.

South Korean exports to China rose at the highest on-year rate of 37.5 percent last year, trailed by the United States with 20.8 percent, Vietnam with 19.8 percent and Hong Kong with 7.7 percent. 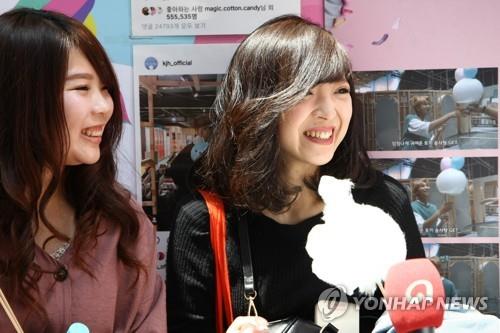 Japan accounted for 4.8 percent of all South Korean cosmetics exports last year, up from 4.6 percent from the previous year. The ratio rose to 6.1 percent in the first five months of the year.

A recent industry report said South Korean cosmetics brands have been extremely popular among Japanese teens and women in their 20s.

The jump in cosmetics exports to Japan strikes a sharp contrast to Japanese brands' high popularity in the global market.

According to recent data from the International Trade Center, Japan overtook South Korea as the top cosmetics exporter to China in the first quarter of this year.

Japan shipped $770 million worth of cosmetics to the world's most populous country in the January-March period, trailed by France with $730 million. South Korea, which was the leading exporter last year, ranked third with $720 million.
(END)