WASHINGTON, Aug. 7 (Yonhap) -- A senior U.S. official on Wednesday called for soul-searching in South Korea and Japan to resolve an escalating trade and political dispute between the Asian countries.

Marc Knapper, deputy assistant secretary of state for Korea and Japan, said the tensions are creating an opening for North Korea, Russia and China to challenge the United States and its two allies in the region: South Korea and Japan.

He said both countries are responsible for improving their relations and each bears consequences when they deteriorate. 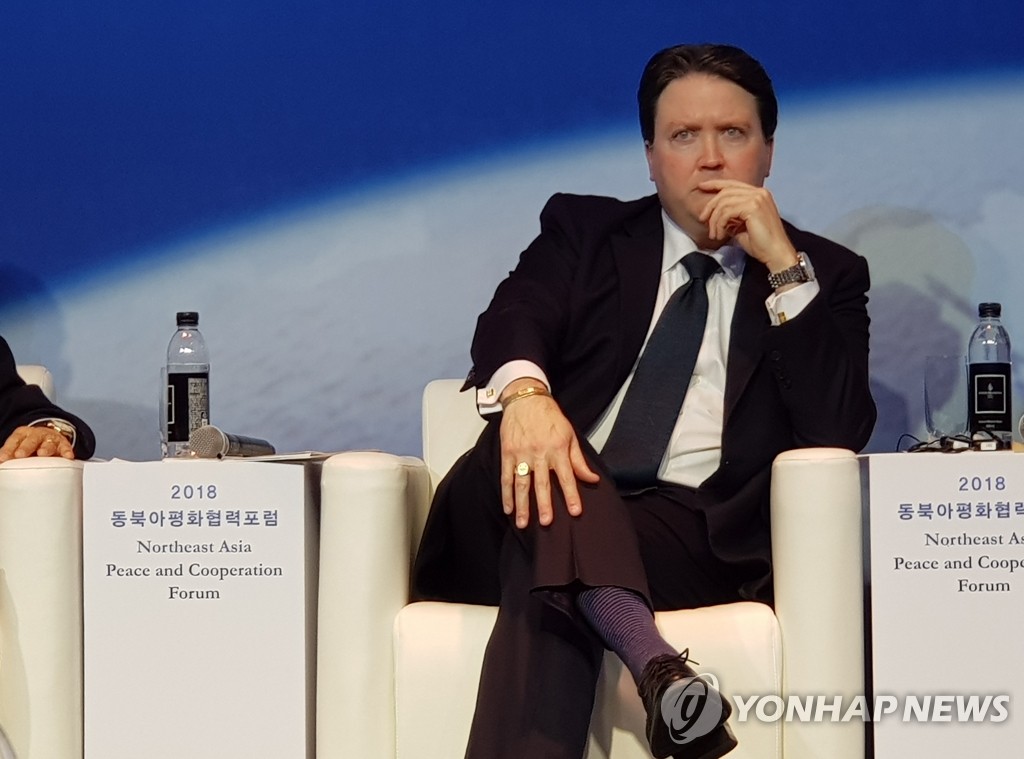 "We believe that some soul-searching is in order about political decisions that have damaged bilateral trust in recent months," Knapper said at an event at The Heritage Foundation think tank. "By the same token, we believe that some prudence is required to prevent tensions from contaminating the economic and security aspects of Japan-South Korea ties."

Knapper echoed the remarks of another State Department official, who said last week that the U.S. recommends the two countries "find the space for creative solutions."

"The United States will continue engaging on this issue and stands ready to facilitate dialogue between our two allies," the official said on condition of anonymity, after Japan decided to remove South Korea from a "whitelist" of countries given preferential treatment in export procedures.

The decision followed Japan's export curbs against South Korea in early July, which was seen as retaliation for a South Korean court ruling that ordered compensation from Japanese firms to Korean victims of wartime forced labor.

"Calm, confident words from national leaders, we believe, will generate a similar response from their nations," Knapper said.

"We are all stronger, and Northeast Asia is safer when the U.S., Japan and the Republic of Korea work together in solidarity and friendship," he said.

South Korean President Moon Jae-in slammed the Japanese action on Friday as "very reckless" and warned that Tokyo will be held accountable for future developments.

Seoul has also threatened to terminate a military information sharing pact with Japan, which could undermine trilateral cooperation with the U.S. on North Korea's nuclear threats.