(ATTN: UPDATES throughout with Moon's remarks, other details)

He was speaking at the outset of a Cheong Wa Dae meeting of the presidential National Economic Advisory Council, its first session in eight months.

Moon had two previous council meetings in late 2017 and 2018. But he convened a summertime session to pool wisdom on ways to cope with Tokyo's Seoul-bound export control.

Whatever Japan claims is its reason, Moon said, it's an "economic reprisal" over rulings by South Korea's Supreme Court in favor of wartime forced labor victims.

It's an act of tying South Korea's court decision with an economic issue and breaching the democratic principle of separating powers, he added.

Ironically, Moon pointed out Japan is a country that has most benefited from the free trade order, and it has actively advocated free trade when necessary.

Thus, Japan's unilateral measure is "antinomic," he said, questioning what Tokyo will be able to gain from it.

"Even if there is a gain, it is little more than temporary," he said. "In the end, it's a game without any winner, in which everyone, including Japan, becomes a victim."

A day earlier, Japan promulgated its last week's decision to remove South Korea from a list of trusted trading partners, a follow-up to its July 4 imposition of export curbs of high-tech materials. 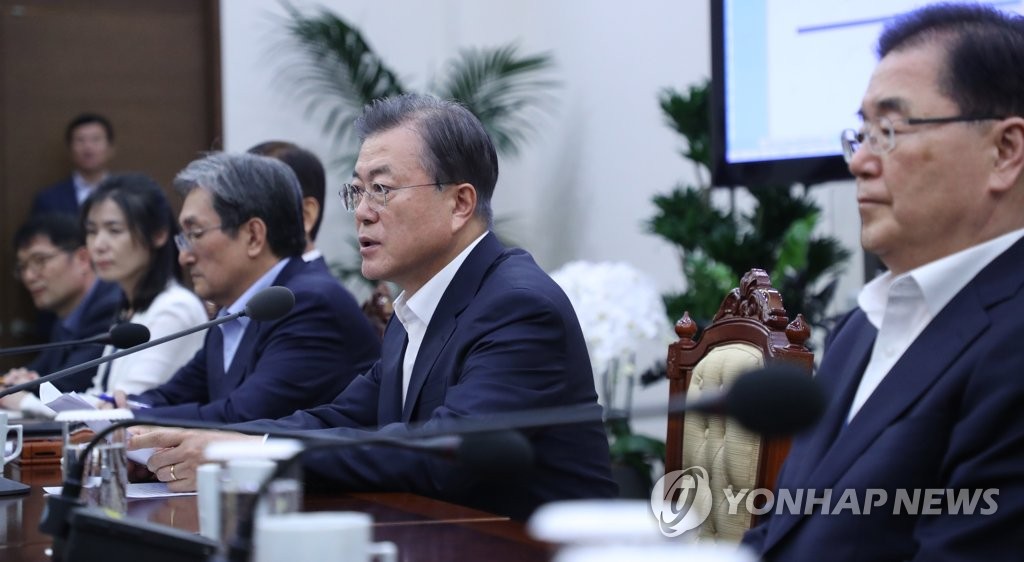