WASHINGTON, Aug. 7 (Yonhap) -- U.S. President Donald Trump may not want to reach a nuclear deal with North Korea because any agreement will be criticized by his opponents ahead of the 2020 presidential election, a U.S. expert said Wednesday.

Victor Cha, the chief Korea expert at the Center for Strategic and International Studies, cited the election campaign as a major variable in any denuclearization talks between Washington and Pyongyang.

He said that unlike previous U.S. administrations, Trump's foreign policy is greatly influenced by how he thinks it will play to his electoral base. 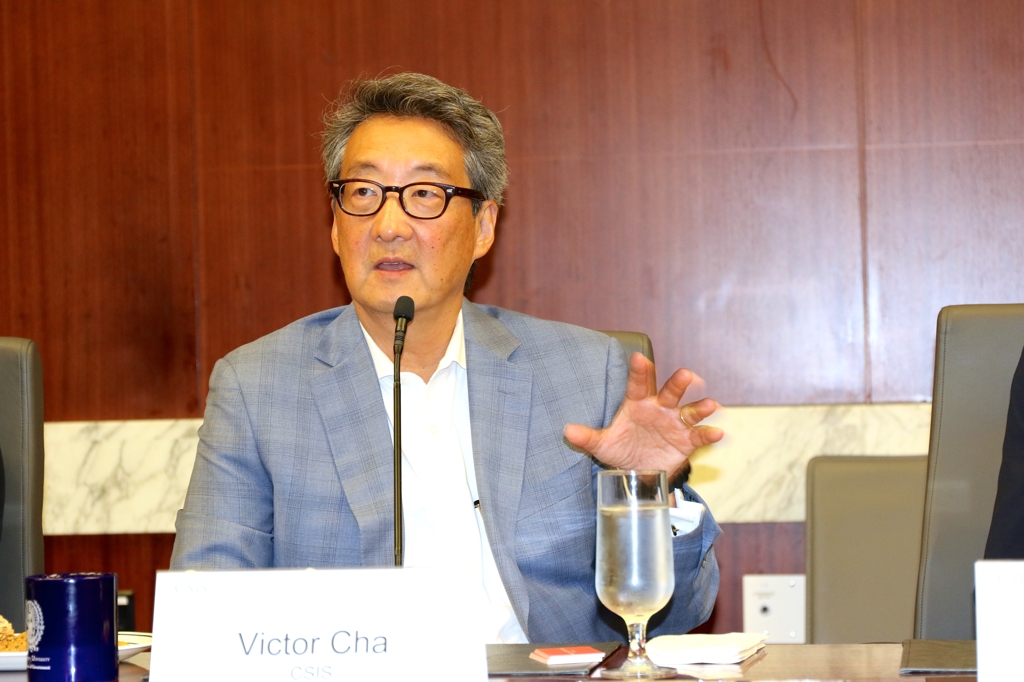 "There could be a desire to make a deal to show that as a positive result of his work," Cha, Korea chair at the Center for Strategic and International Studies think tank, told reporters.

"It could also lead him to avoid making a deal because any deal with China or North Korea will be immediately criticized by Democratic opponents, regardless of whether it is a good or bad deal," he said.

Trump and North Korean leader Kim Jong-un have held three meetings to negotiate the dismantlement of Pyongyang's nuclear weapons program in exchange for sanctions relief and other concessions.

The second summit in Vietnam in February ended without a deal after the two sides failed to bridge the gap between U.S. demands for complete denuclearization and North Korean demands for sanctions relief.

In June, the two met at the inter-Korean border and agreed to resume working-level negotiations, but nothing has been scheduled.

"It's possible he will not make a deal with China on trade, or a deal with North Korea, and just claim negotiations are going on, continuing to put pressure on these countries and hope that will be seen as a success by his supporters," Cha said, adding that it's harder for opponents to criticize something when there is nothing concrete to speak to.

Cha also said the North Korea issue could feature more prominently in the upcoming election than it has in the past.

"This is really the only diplomacy the Trump administration has done around the world in the first two years in office," he said. "A lot of breaking of agreements, arm twisting, some free trade agreements, but no real diplomacy. For that reason, it could have an outsized role in this campaign because there's nothing else people can point to."