DJ Koh, the chief of Samsung's IT and Mobile Division, expressed concerns over rising uncertainties from the escalating trade war between the United States and China and, more recently, Japan's stricter export controls on South Korea.

Early this week, Japan promulgated a revised bill to remove South Korea from its "whitelist" of trusted trading partners, which goes into effect on Aug. 28, following its July 4 export control measures on three materials used in chips and displays.

"We have secured three to four months stockpiles of (smartphone) parts in the run up to Japan's whitelist decision, so it won't affect launches of Galaxy Note 10 and Galaxy Fold," Koh said in a meeting with reporters following the Unpacked event held in New York. 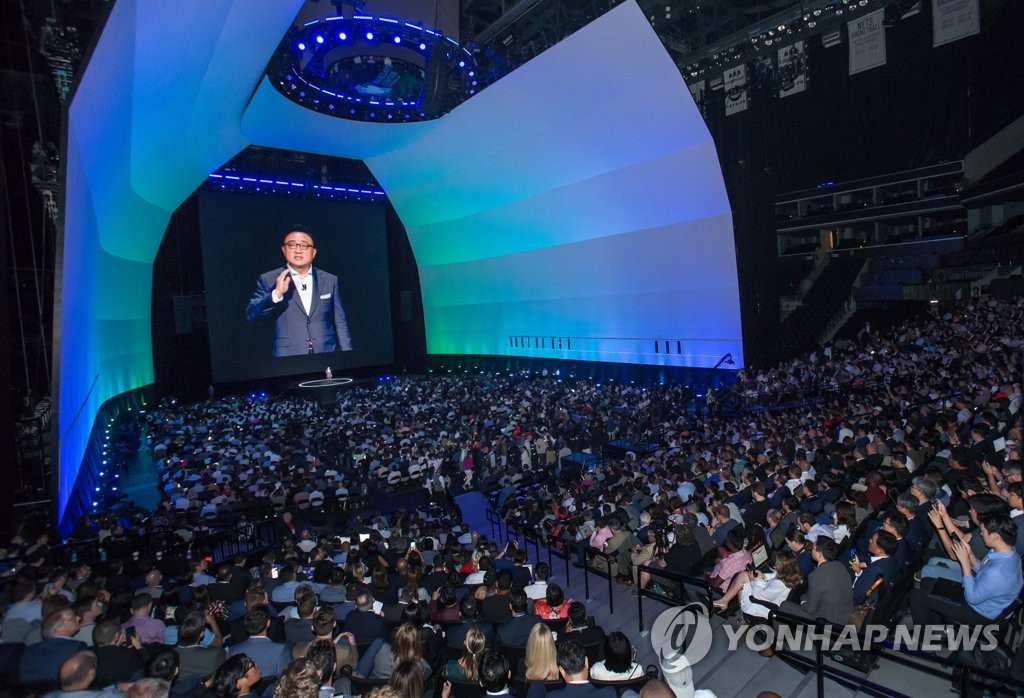 "When considering the fourth-tier vendors, it is hard to predict what will happen three to four months after. If (the trade tension) is prolonged, it would inevitably affect (our business)," Koh said.

The Galaxy Note 10 will go on sale on Aug. 23, and the Galaxy Fold, Samsung's first foldable device, will hit shelves in select markets next month.

Koh shared frustration about the Galaxy Fold, which had to delay its original schedule over durability issues raised by early reviewers.

"If I can open my heart, you'll see it burned out," Koh said. "I think unknown things can come out when we try new innovations."

Samsung had prepared about 1 million units of the foldable device in the run up to the April launch.

"Galaxy Fold will be released in limited units in 20 nations, including South Korea, this year," Koh said, without elaborating on the specific launch date. "It is important to bring meaningful innovation to the market. Launching a foldable phone ahead of Huawei is not our priority."

The Galaxy Fold is widely expected to be displayed during the Internationale Funkausstellung (IFA) in Berlin, Europe's largest tech show, next month, alongside new phones by other brands.

Its smaller rival LG Electronics Inc. plans to take the wraps off its latest flagship smartphone with an enhanced dual screen during IFA.

Its Chinese rival Huawei is also set to release its Mate X with a higher price tag in September to heat up the competition in the premium segment.