SEOUL, Aug. 8 (Yonhap) -- Trade between North Korea and China climbed 15.3 percent on-year in the first half of the year thanks to a sharp rebound after a failed U.S.-North Korean summit in February, a report said Thursday.

The North exported US$105 million worth of goods to its biggest ally in the January-June period, up 14 percent from a year earlier, according to the report from the Korea International Trade Association (KITA).

North Korea's imports from China surged 15.5 percent on-year to $1.145 billion during the six-month period, resulting in a trade deficit of $1.04 billion.

The report said bilateral trade shot up after the second U.S.-North Korea summit in Hanoi ended with a deal. 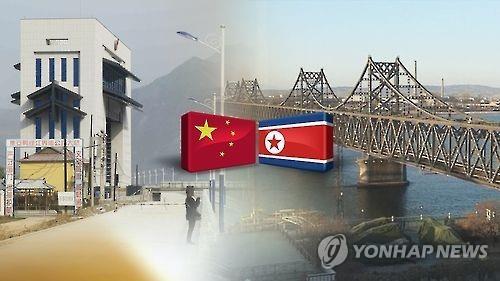 "Reflecting both countries' strategic interests, there was a rise in bilateral trade in essential goods and products exempt from international sanctions," KITA said.

Tough U.N. sanctions against North Korea remain in place as punishment for Pyongyang's past nuclear tests and missile launches.

The report said up to 80,000 North Koreans are estimated to be working in China, serving as a considerable source of hard currency for the isolated country.
(END)