JEJU, Aug. 9 (Yonhap) -- In May 2002, Allen Iverson, former NBA MVP and Hall of Famer, launched into his infamous "practice" rant at a season-ending press conference for the Philadelphia 76ers.

Turn the clock forward to August of 2019. Ko Jin-young, world No. 1 in women's golf, was sitting down at a clubhouse before a tournament and was talking about practice.

And there was nothing silly about how Ko went at it on the range during the offseason. 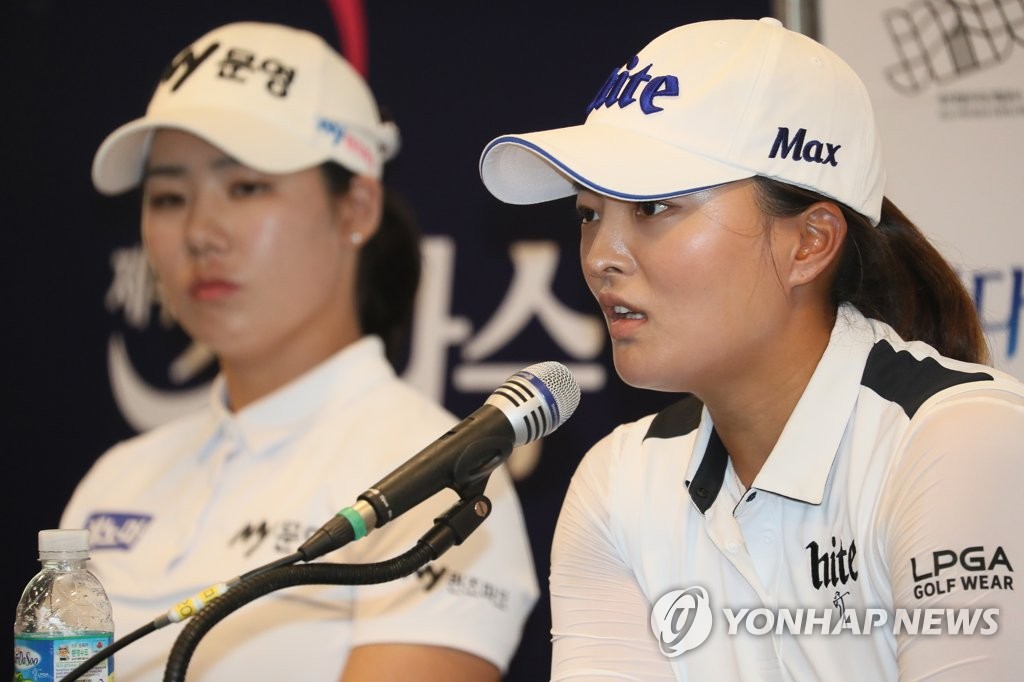 "I really put in a lot of work because I wanted to be better than last season," Ko told Yonhap News Agency on Thursday at Ora Country Club in Jeju, Jeju Island, on the eve of the Jeju Samdasoo Masters on the Korea LPGA (KLPGA) Tour. "The results I've had this year are fruits of all that training. Whether it's my ball striking, short game, putting and my mental approach, every aspect of my game has improved. And my confidence has grown as well."

And it's impossible to argue with those results. The 24-year-old captured two out of five LPGA majors this year, and had another win at a regular event, for a tour-best total of three victories in 2019. In addition to being No. 1 in the world rankings, Ko is leading the LPGA in money, scoring average and Player of the Year points.

Ko said her work began the day after the final tournament of the 2018 season in November, the CME Group Tour Championship. Ko won the Rookie of the Year last season, thanks to a victory and 12 other top-10 finishes, but she wasn't about to settle for anything.

"I had my clubs fitted the very next day, and I worked on my short game for two weeks," Ko said. With a laugh, she added, "Other players were asking me, 'The season just ended. Why are you practicing so much?'"

Ko said she'd asked her new short game coach to watch her at the CME Group Tour Championship. It turned out to be Ko's worst tournament of the season, as she shot a 10-over 298 to tie for 69th, third from the bottom.

"It was just as well that my coach saw me at my worst," Ko said with a smile.

She hasn't finished any event over-par since then.

The short game session wasn't the end of it. Following a short break, Ko began working on other parts of her game.

"I was hitting so many balls that my thumbnail broke," she recalled. "I stacked balls into a pyramid, and it never seemed to get smaller at all."

In addition to hitting about 1,000 balls, Ko hit the weights. It led to an increase in her average swing speed from 92 mph to 97 mph, about 3 mph above the tour average. Ko was driving it 252.41 yards off the tee last year and has been hitting it more than six yards longer so far this year. 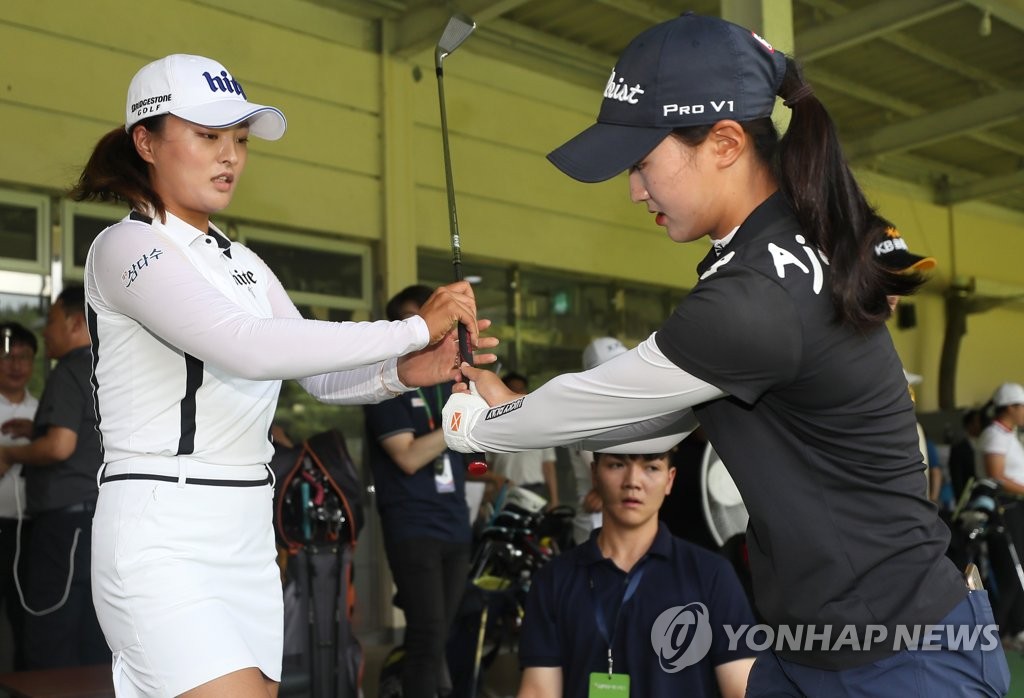 The offseason work paid immediate dividends for Ko, who won twice in her first six starts, including the first major tournament of the season at the ANA Inspiration in April. She finished below third just once in those half-dozen tournaments.

Ko finished outside the top 10 at the next two majors, the U.S. Women's Open and the KPMG Women's PGA Championship, and Ko went back to the drawing board.

"I didn't have big issues there, and I caught some unlucky breaks," she said. "It allowed me to look back on myself. I think I might have been a bit complacent after winning the first major of the season."

Ko set up a two-week camp in Chicago and, in her own words, "worked myself into the ground."

"I got up at 5:30 a.m. every morning, and my coach and I would grab a McMorning and worked until dinner," Ko said. "I would get blisters on my palm. I would pop them and go back to work the next day."

So why all the grind?

"It's fun to practice," she said. "I've probably spent more time on the range than on courses for tournaments. I just want to get better and better. And I think I should spend even more time practicing."

Ko's second major title of the year came at the Evian Championship in France last month. She rallied from a four-stroke deficit in the final round beating three players, including her close friend Kim Hyo-joo, by two strokes.

"I played extra hard on the final day because I felt like the media wrote me off after the third round," Ko said. "Everyone out there has that competitive streak. Inside the ropes, we put our friendships aside and try to beat each other." 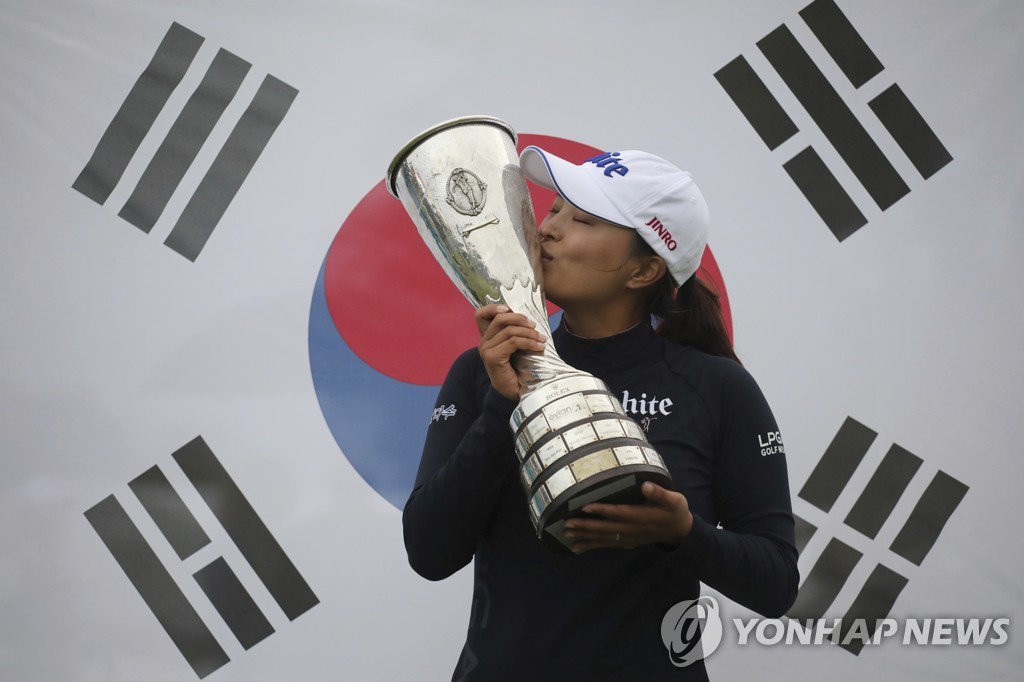 Ko said she has "no complaints" about how well her 2019 season has gone, though she is also trying not to get caught up with trying to win individual honors.

"I am only interested in maintaining my high level of play," Ko added.

The one prize Ko does have on her mind is an Olympic gold medal next year in Tokyo.

In Olympic golf, a country can send up to four players inside the top 15 in the world rankings as of June 29, 2020. Ko is in a prime position to represent her country for the first time.

"I think we're all trying so hard to play in the Olympics and win the gold medal," Ko said. "I am no different."

Asked how her life has changed as the top-ranked player, Ko said, "It puts some pressure on me. I feel like I have to be sincere and genuine with everything I do and say. Even as the No. 1 player in the world, I am still the same person." 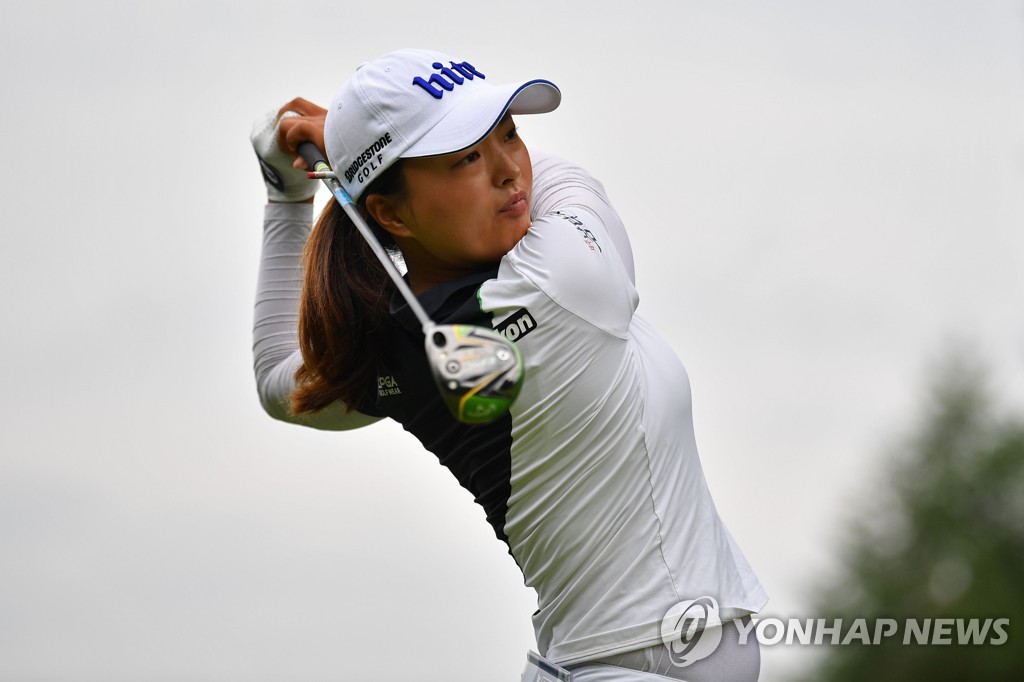 Secret to being No. 1 in women's golf: practice

Secret to being No. 1 in women's golf: practice