SEOUL, Aug. 11 (Yonhap) -- North Korea said Sunday leader Kim Jong-un has supervised the test-firing of a "new weapon" in the launch of two projectiles the previous day and expressed "great satisfaction" with the result.

On Saturday, North Korea fired two projectiles believed to be short-range ballistic missiles from its eastern coast into the East Sea, the fifth such launch since July 25.

They flew around 400 kilometers at a maximum altitude of 48 km, according to South Korea's Joint Chiefs of Staff.

The launch came shortly after U.S. President Donald Trump said he had received another "very beautiful" letter from Kim.

After receiving a report on a new weapon system, Kim "gave an instruction to test it immediately" and "looked round the new weapon at the launching site," the Korean Central News Agency (KCNA) said. 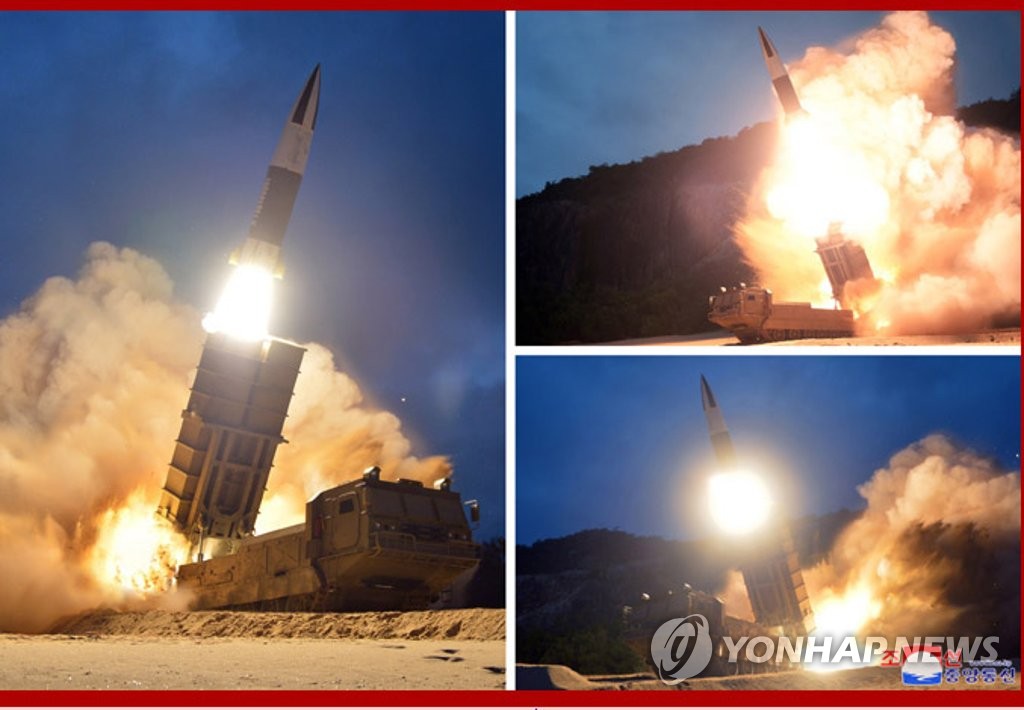 It did not give further details on what type of weapon it was, only to state that the analysis of the test-fire result "proved that the new weapon system's advantageous and powerful demand of the design was perfectly met."

It added that the new weapon was "developed to suit the terrain condition" and comes with a character "different from the existing weapon systems."

Observers raised the possibility that the North fired a new type of tactical surface-to-surface missiles that have never been disclosed.

Pyongyang has claimed that it fired new tactical guided weapons in its July 25 firing and that it lobbed a newly developed large-caliber multiple launch guided rocket system in two subsequent launches on July 31 and Aug. 2.

Following the latest firings, Trump wrote on Twitter that Kim told him in a new letter that he wants to resume the denuclearization talks once the joint exercise between the United States and South Korea is over, and that its short range missiles "testing would stop when the exercises end."

The allies began their joint military drill last week, which the North has long condemned as a rehearsal for invasion. 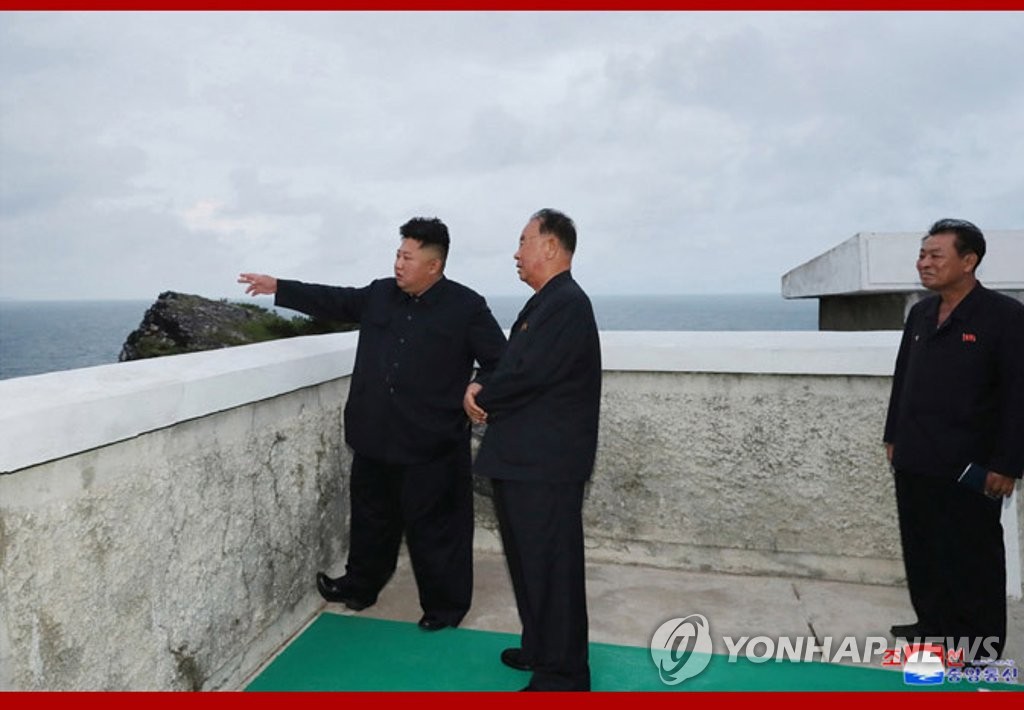