SEOUL, Aug. 12 (Yonhap) -- South Korea plans to carry out an exploration of the ocean floor near its eastern island of Ulleung this week, an official has said, in a move to bolster the country's sovereignty over its easternmost territory, Dokdo.

Dokdo -- a set of rocky islets in the East Sea -- has long been a source of diplomatic friction between South Korea and Japan.

Seoul keeps a small police detachment on the islets, effectively controlling Dokdo. Still, Japan has repeatedly claimed sovereignty over the rocky outcroppings, which are 87 kilometers southeast of Ulleung Island.

South Korea's state-run Korea Institute of Ocean Science and Technology (KIOST) plans to collect rock samples from the ocean floor around Ulleung using an underwater robot. The institute also plans to deploy an underwater camera for a survey.

"We will depart Geoje port on Tuesday for the survey that could last about four days, if weather permits," an official of the institute said by phone last week.

South Korea also plans to carry out a similar exploration of the ocean floor off Dokdo in consultation with the Ministry of Oceans and Fisheries. No specific time frame has been set.

The exploration is meant to prove scientifically that Dokdo is integral South Korean territory by researching and surveying the ocean floor and maritime ecosystem around it. 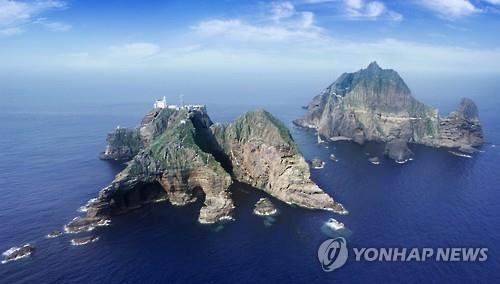