SEOUL, Aug. 12 (Yonhap) -- LG Electronics Inc. on Monday unveiled a teaser video of its new flagship smartphone, gearing up marketing for its second 5G phone with a detachable dual screen set to make a global debut next month.

LG plans to introduce its new smartphone on Sept. 6 on the eve of the Internationale Funkausstellung (IFA) in Berlin, Europe's largest tech show, four months after releasing the ThinQ V50.

Its 15-second video titled "Dual, the Better" shows an hour hand moves from six clock to 12 o'clock in a half-face watch screen, indicating an upgraded movement of the second screen of V50, which can be positioned at either 104 degree or 180 degree. 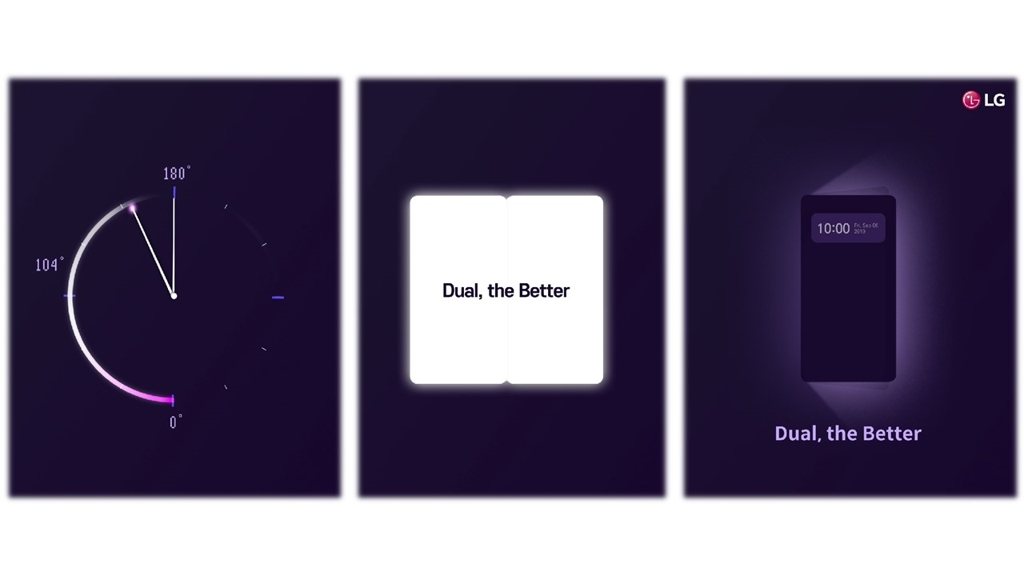 The Korean smartphone maker said the new phone adopts "free stop hinge" technology, which is designed to add the ability to stop and hold the second screen at any position like a laptop.

The new 5G phone, tentatively named V60, is expected to face stiff competition after the launches of Samsung's Galaxy Note 10 in late August and Galaxy Fold in late September.

LG has focused on promoting the second screen as a practical alternative to foldable phones from the world's two largest smartphone makers, Samsung Electronics and Huawei, which are set to come out on the market next month.