SEJONG, Aug. 12 (Yonhap) -- South Korea on Monday decided to remove Japan from its trusted trading partners, upping the ante in the trade haggling sparked by the neighboring country's export restrictions against Seoul.

The trade ministry said it will revamp its export list into three groups of trading partners from the current two, placing Tokyo in the newly established bracket, according to the Ministry of Trade, Industry and Energy.

The newly established bracket, between the two existing groups, is for a country that participates in the four international agreements "but operates an export control system that violates international norms," according to the ministry.

"We need to put an export control system into operation considering the fact that it is hard to work closely with a country that frequently violates basic rules of export controls or that operates an unlawful system," Industry Minister Sung Yun-mo said. 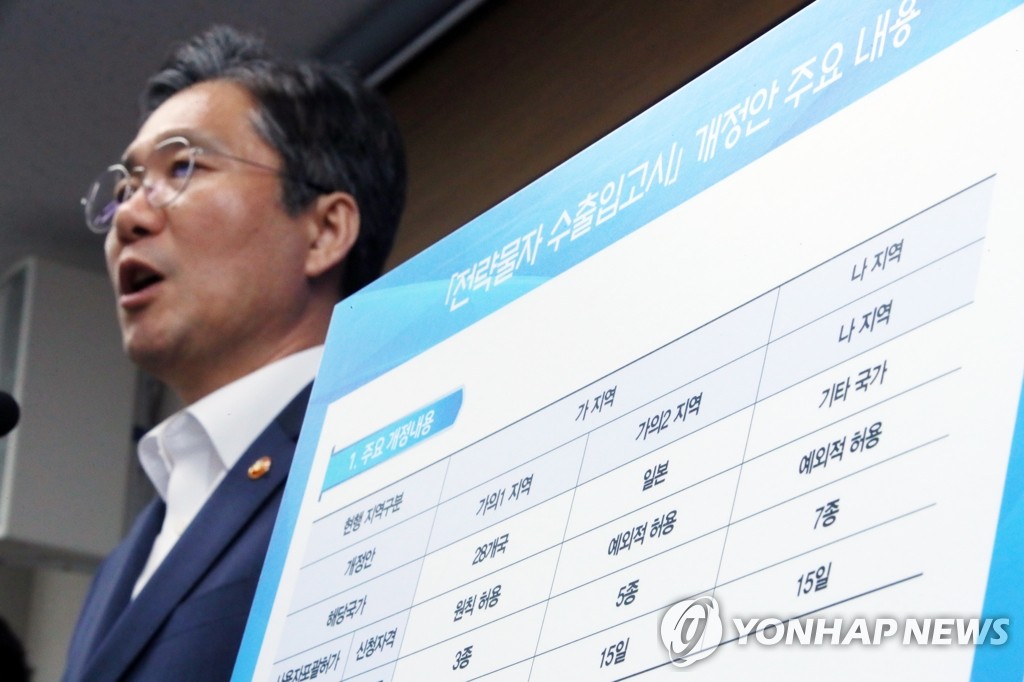 Under the revamped criteria, local companies shipping strategic goods to Japan will have to hand in five different documents to win individual approval, which is two more than the current three. The approval process will also take around 15 days, which will be significantly longer than the current five.

The so-called comprehensive approvals, which will last two years, will be granted only under limited circumstances, it added.

The new classification will be implemented around next month after gathering public opinion for 20 days, according to the ministry.

While Japan will be the only country under the new category, other nations can also be put under the group in the future depending on circumstances, claiming that the adjustment was not made just to target Tokyo, according to Park Tae-sung, deputy minister for trade and investment.

The deputy minister did not provide details on how Japan has violated international principles.

Japan promulgated a revised bill last week that also removed South Korea from its own list of trusted trading partners, which will come into effect later this month.

The trade row between the Asian neighbors emerged to the surface last month as Japan abruptly implemented curbs of exporting three key materials crucial for the production of semiconductors and display panels to South Korea, dealing a harsh blow to major tech giants, including Samsung Electronics Co.

With South Korea being removed from Tokyo's whitelist, Japanese firms must win government approval for each shipment to the Asian neighbor, a process that can take around 90 days.

The removal of South Korea from the so-called whitelist of Japan puts around 1,100 items vulnerable for strict export curbs, although Tokyo has not yet added more products on top of the three industrial materials.

Tokyo claimed that its decisions came in response to what it says was Seoul's lax export control of sensitive materials that can be used for military purposes.

Seoul, however, believes the move clearly came as an economic retaliation after a Seoul court ordered Japanese firms to compensate Korean victims for their wartime forced labor.

Japan has been protesting the court's verdict, rebutting that all reparation issues stemming from its 1910-45 colonial rule of Korea were settled under a 1965 accord that normalized bilateral ties. 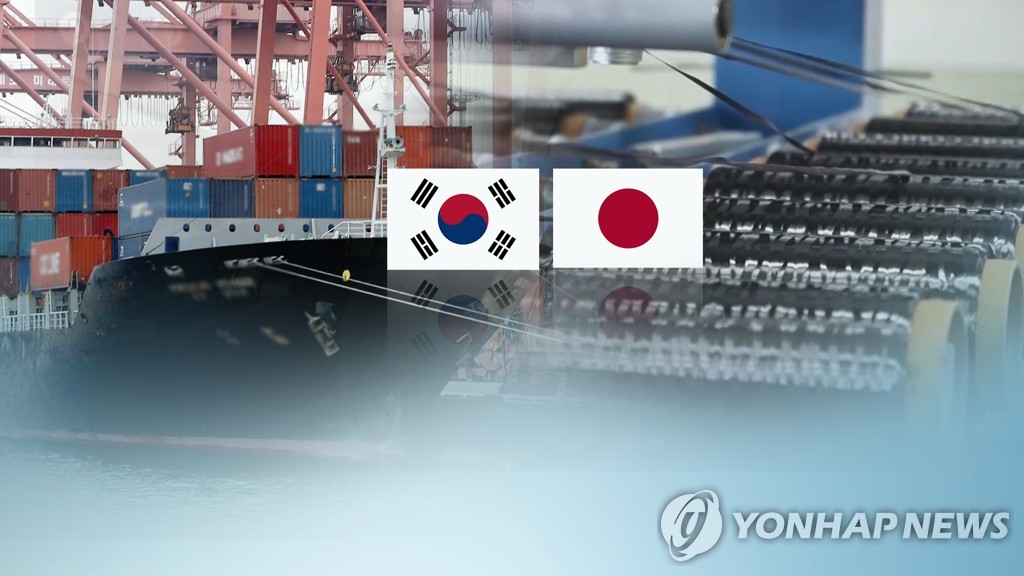 The South Korean court, however, acknowledged that individual rights to demand compensation are still valid.

The mounting trade row took a breather last week when South Korea held off its decision to drop Japan from its whitelist as Japan permitted the first shipment of extreme ultraviolet (EUV) photoresist, one of the three materials under restriction, to South Korea, citing a case that poses no security risk.

With no signs of Japan retracting its export curbs, however, South Korea is also currently seeking to file a complaint with the World Trade Organization and has started legal reviews on the suit as another corresponding measure.

"The South Korean government is ready to discuss the issue anytime and anywhere with Japan upon its request during the opinion-gathering process," Sung added.