The ministry said the government plans to revise related laws by early October to fully prepare for the adoption of the "presale price cap system" for apartments to be built by private builders amid signs of home prices turning higher, according to the Ministry of Land, Infrastructure and Transport.

The upcoming step is recognized as the strongest measure ever taken by the government to clamp down on housing prices.

The ministry said 31 "overheated speculative" areas in Seoul and its adjacent cities, such as Gwacheon and Bundang, are widely expected to be subject to the latest measure.

"The designation of the subjected areas and the exact timeframe for the system's implementation will be decided later," a ministry official said.

Last month, Land Minister Kim Hyun-mee said it was the right time to reintroduce the price ceiling regulation on newly launched flats in the private sector, citing that presale prices of apartments in Seoul had jumped to more than twice those of existing apartment prices.

In the past year through June, presale prices of apartments built by private builders in Seoul jumped 21 percent, but existing flat prices didn't catch up with the growth pace, rising only 5.7 percent, according to the ministry. 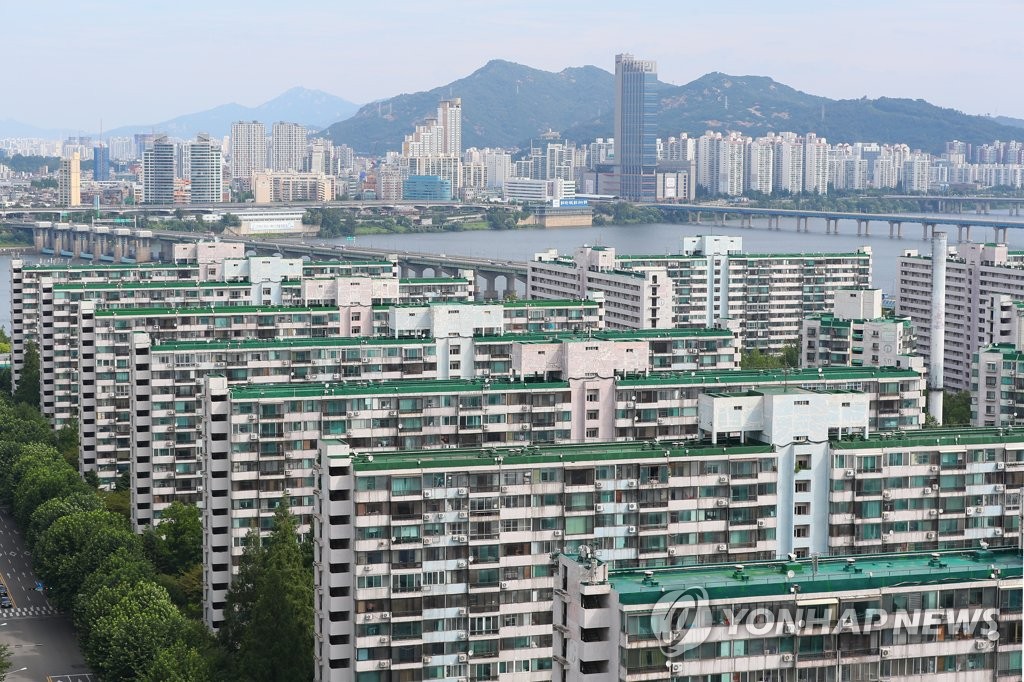 In Korea, new apartments are sold usually before the construction has been completed. The price ceiling under review is set based on the actual price paid by contractors for land purchases, basic construction costs and other necessary expenses.

The scheme was first introduced in 2007 to curb soaring home prices under the Roh Moo-hyun administration but scrapped in 2015 under the Park Geun-hye government to boost the economy.

In recent years, housing prices have been soaring, forcing policymakers to roll out a series of measures, including tightened home-backed loan regulations and hefty taxation, to cool down home prices.

But due to a supply shortage in Seoul and adjacent areas and low borrowing costs, demand for new apartments has remained high, prodding builders to scramble to demolish aged apartments on hopes for hefty gains after rebuilding.

Policymakers worry that such a sharp hike in presale prices of new apartments could raise prices of existing apartments, which in turn would hike overall housing prices.

Some builders have been opting for a scheme to sell new apartments at higher prices after the construction as they are not subject to the scheme. But their moves have made the government take additional steps to put the housing market under control.

Construction companies have been opposed to setting limits on sales prices and disclosing construction costs. They have argued that such measures would end up squeezing home supply and further driving up housing prices.