According to the transport ministry here, Hong Kong aviation authorities issued a "notice to airmen" saying the airport was shut down as of 5:30 p.m. and will remain closed until 9 a.m. Tuesday.

A ministry official said there were to have been 23 flights to and from Hong Kong during that time frame. Ten flights operated by South Korean carriers were canceled, while 13 others, operated by foreign airlines, were also likely scrapped. 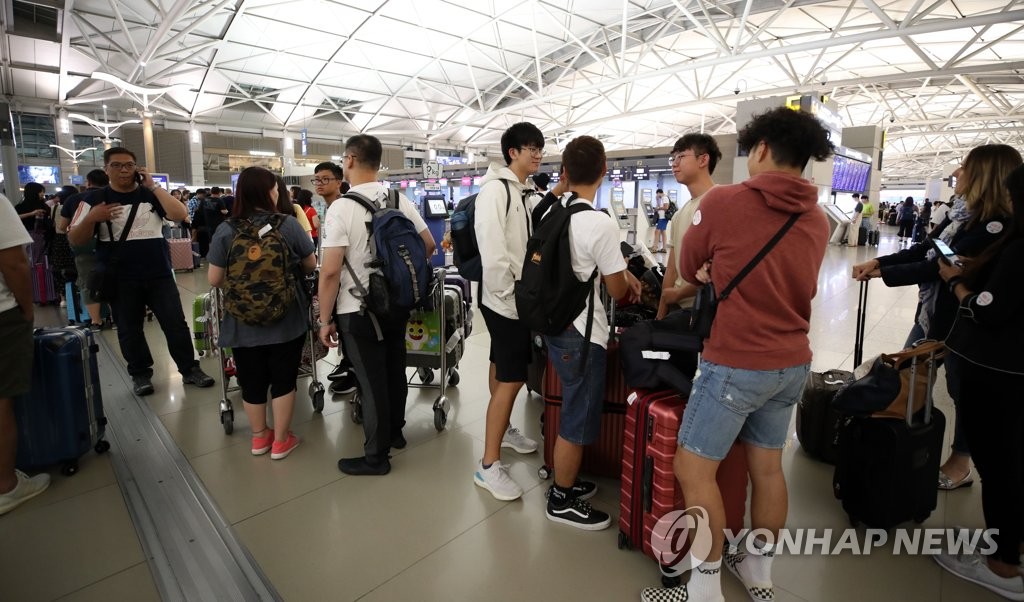 Korean Air and Asiana Airlines are among the domestic carriers flying to and from Hong Kong, while Cathay Pacific and Hong Kong Airlines also operate on the routes.

The ministry official said operations at Hong Kong's main airport may be affected even on Tuesday and added it will keep tabs on the situation to minimize inconvenience to passengers.

The Associated Press reported from Hong Kong that the airport could process flights at 6 a.m. Tuesday.

Thousands of pro-democracy demonstrators took over the airport's main terminal earlier Monday, protesting a bill that would allow criminal extradition to mainland China. Protesters believe the bill, now suspended, is an attempt by China to undermine democracy in Hong Kong.

Demonstrators have also taken exception to what they believe is violent police suppression of protestors. Police have fired tear gas and bean bag rounds, causing dozens of injuries. 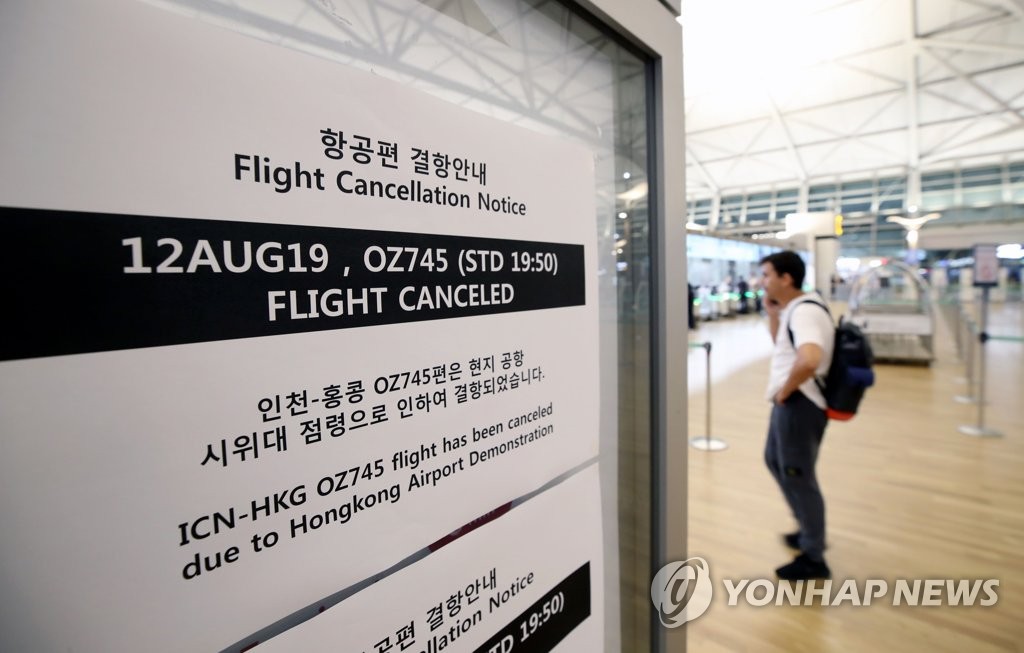