Jang replaced Kim Yong-chol, who served as the North's top interlocutor in nuclear negotiations with the United States. The replacement was seen as a move to hold Kim responsible for February's no-deal summit with the U.S.

The meeting between Suh and Jang was largely aimed at exchanging greetings between the spy chiefs.

During the meeting, Suh expressed hope for better inter-Korean relations, while Jang shared North Korea's take on the breakdown of the February summit between Kim and Trump in Hanoi, the source said.

They did not discuss an inter-Korean summit, the source added.

Jang is barely known to the outside world. He is reportedly in his late 50s with a career of working for exchanges between the two Koreas.

His name was first mentioned by North Korean media in April, when it was reported that he was appointed a director at the Central Committee of the ruling Workers' Party of Korea.

Seoul's intelligence agency said later in the same month that Jang had been appointed chief of the UFD, but the North has not officially confirmed it.

Jang made his first public appearance since then accompanying leader Kim on his visit to the inter-Korean border village of Panmunjom later in June for a meeting with Trump. 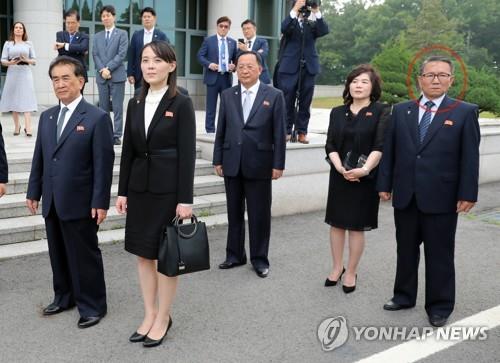