SEOUL, Aug. 13 (Yonhap) -- The government of Seoul said Tuesday it will build five more municipal libraries across the city by 2025 to help reduce cultural infrastructure gaps among citizens.

The five new libraries, each with a gross floor area of about 9,000 square meters, will be built in Naebalsan-dong of Gangseo Ward, Sillim-dong of Gwanak Ward, Banghak-dong of Dobong Ward, Jangji-dong of Songpa Ward and Bukgajwa-dong of Seodaemun Ward at a cost of 310 billion won (US$254 million), it said.

"The locations of the new municipal libraries have been selected from the perspective of balanced regional development. They will operate as branches of Seoul Metropolitan Library," an official said. 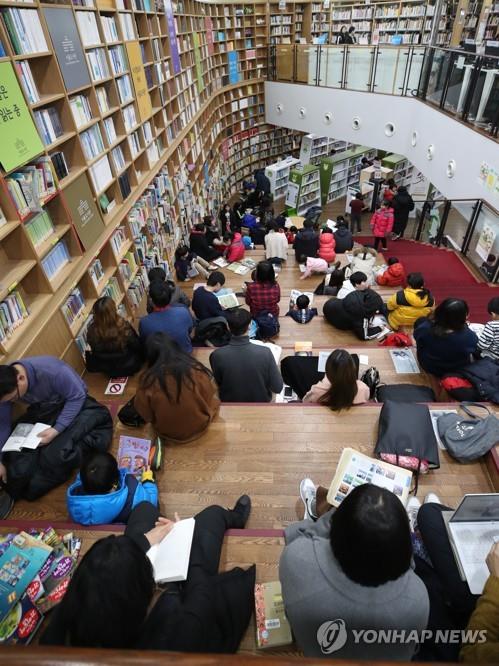 In addition, the Seoul government plans to build 66 ward-run libraries and 195 "small libraries" throughout the capital city by 2025, raising the number of public libraries in the city from the current 1,178 to 1,444.

If the expansion plan is completed, all citizens will be able to reach a public library in 10 minutes on foot, officials said, adding the number of library books per citizen will also increase from 1.43 last year to 2.4 in 2025.