It is developed by Lantu Games Ltd., a joint venture between Longtu Games and LINE Corp., the Japanese affiliate of the country's top Internet search engine operator, Naver.

"Tera Classic" is the second mobile MMORPG based on the original title, "TERA," which has over 25 million users globally. Previously, "TERA M" was published by Netmarble Games, a South Korean mobile game developer and publisher, in 2018.

The new MMORPG is based on the original world concept of the computer version but tells a new story, Kakao Games said. It is also the first MMORPG published by Kakao Games since its foundation in 2013. 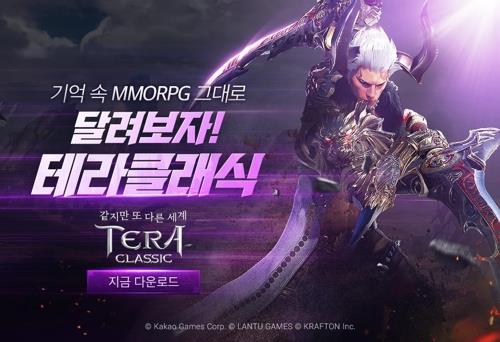