SEOUL, Aug. 13 (Yonhap) -- The attendance numbers for professional baseball and football in South Korea are moving in opposite directions this year -- though not the way fans have come to expect in recent seasons.

The Korea Baseball Organization (KBO), long the most popular league in the country, is on pace to suffer a drop in attendance for the second straight year, after five consecutive seasons of increase. The K League, meanwhile, is expected to surpass the total attendance from 2018 this weekend, after which teams will have 12 matches remaining.

According to the K League, the 12 teams in the first-division K League 1 have drawn 1.2 million through last weekend's action, for an average of 8,051 fans per game. They played before 1.24 million fans all of last season. 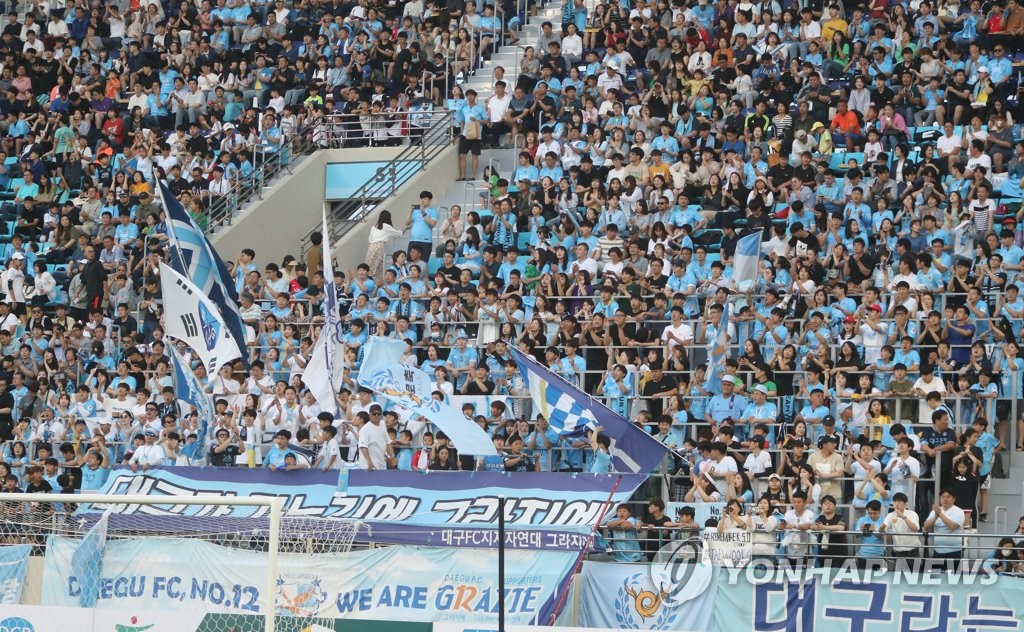 And if the clubs manage their season average in attendance this weekend, they will top last season's total.

Ulsan Hyundai and Jeonbuk Hyundai Motors are locked in a memorable duel for first place. Ulsan are leading the way, 55 to 53 points, as they hope to deny Jeonbuk their third consecutive championship and fifth in six seasons. The two will clash Friday at Jeonbuk's home, Jeonju World Cup Stadium, in Jeonju, 240 kilometers south of Seoul.

The top two K League 1 clubs each year qualify for the following season's Asian Football Confederation (AFC) Champions League. And the third seed will get to compete in a playoff for a spot in the group stage, and this year, FC Seoul, Gangwon FC and Sangju Sangmu can all take a crack at the third spot. 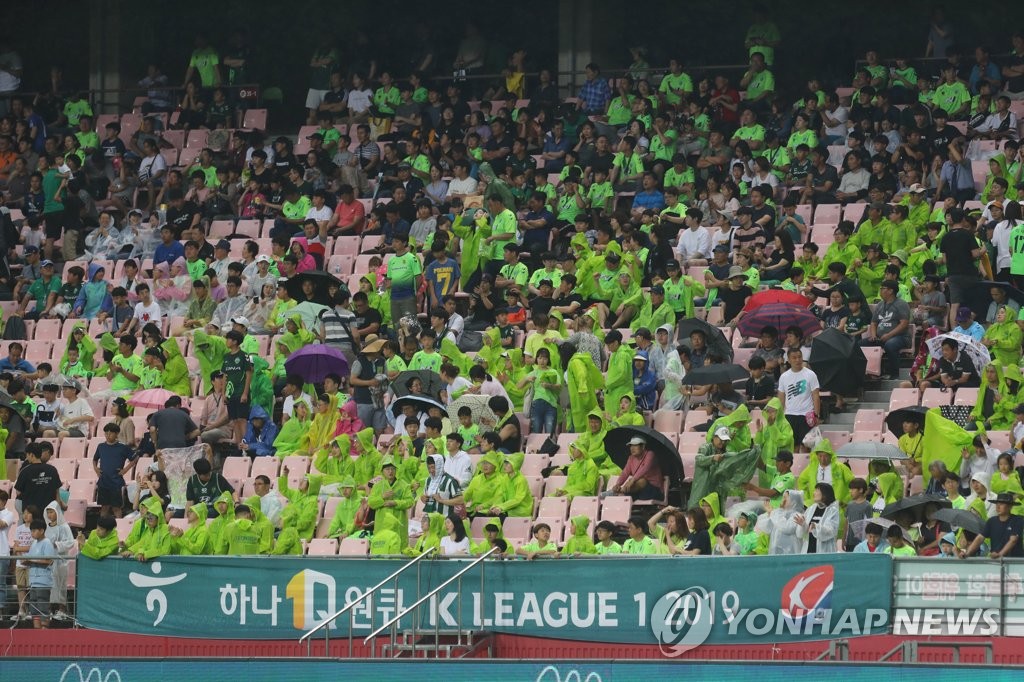 The pennant race in the KBO hasn't been nearly as compelling this year, which has contributed to a drop in attendance.

Last year, the 10 KBO teams combined to attract about 8.1 million fans, a drop from an all-time high of 8.4 million in 2017. This year, the KBO believes the attendance will drop below the 8 million mark for the first time since 2015.

Through Sunday's action, the league-wide attendance was at 5.7 million, down from 6.2 million from the same point last year. The KBO expects the final figure to be around 7.5 to 7.6 million.

Of the 10 clubs, only the NC Dinos have enjoyed an increase in home attendance, though that's largely attributed to their move from the 11,000-seat Masan Stadium to the 22,000-seat Changwon NC Park.

Ryu Dae-hwan, KBO's secretary-general, said the league will have to come up with new mid- to long-term plans to bring fans back to their seats.

There has been a clear division between the top tier and the bottom tier of the league since the early part of the year, and Ryu said it has made the competition less compelling than previous seasons. 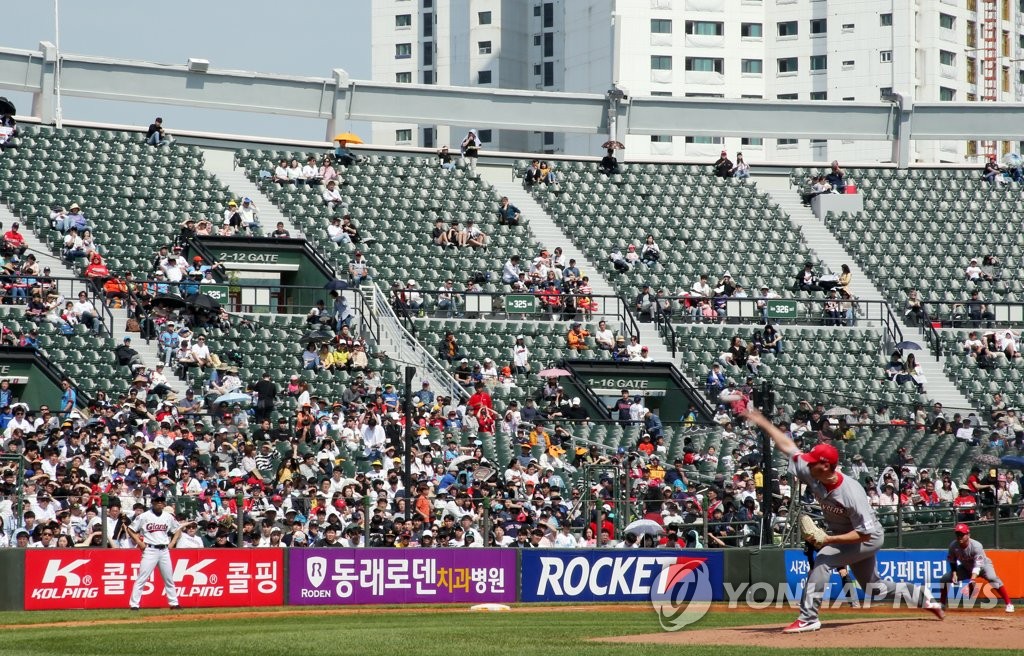 The top five clubs advance to the postseason in the KBO, and the gap between the fourth-place LG Twins and the sixth-place KT Wiz are eight games through Sunday. Only a recent surge by the Wiz to sixth, combined with the Dinos' stumble from third to fifth, have made the race for the wild-card spot somewhat interesting.

The top two clubs, the SK Wyverns and Kiwoom Heroes, haven't exactly endeared themselves to their fan bases. The Wyverns are chasing their second consecutive Korean Series titles and are running away with the pennant, with a seven-game lead on the Heroes with 34 games left, but their average home attendance at SK Happy Dream Park in Incheon (capacity: 25,000) has fallen from 14,519 last year to 13,916 this year.

Two perennial leaders in attendance, the Doosan Bears and LG Twins, have seen their average number of home fans fall by 11 and 14 percent, respectively. They are co-tenants of the 25,500-seat Jamsil Stadium. 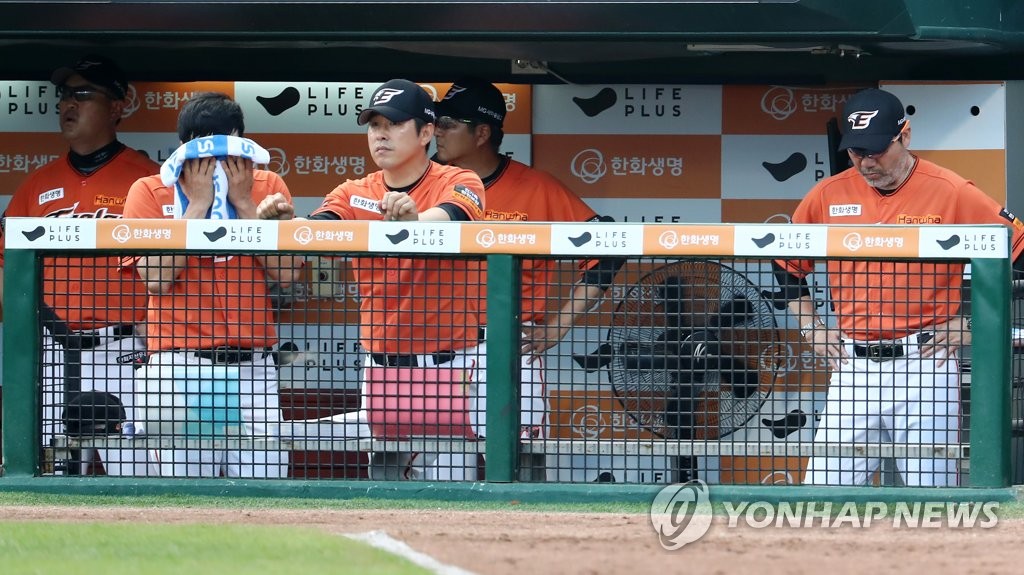 Ryu blamed the overall drop in attendance on struggles of popular clubs whose fans are known to travel well.

The Hanwha Eagles, who last year ended an 11-year postseason drought and averaged more than 10,000 home fans for the first time in history, are mired in last place, 14 games out of the wild-card spot. Their attendance figure has tumbled to 8,390 per game.

The Lotte Giants, only 1.5 games above the Eagles, are drawing only 11,360 fans per game at the 25,000-seat Sajik Stadium, which would be their worst number in four years.

The Kia Tigers, only two seasons removed from the Korean Series title and a record number of home fans, are back to mediocrity both on the field and at the gate. They're in seventh place, trailing the Dinos by six games, and are averaging only 9,921 fans per home game, down from 12,304 a year ago for the most precipitous drop in the KBO.

Attendance figures in pro football, baseball going in opposite directions

Attendance figures in pro football, baseball going in opposite directions