SEOUL, Aug. 13 (Yonhap) -- Two conservative lawmakers in South Korea lashed out at U.S. President Donald Trump on Tuesday for his recent remarks that appeared to ridicule its key Asian ally and disparage the joint military drills between the two countries.

At a fundraising event on Friday, Trump reportedly boasted of his success in getting Seoul to pay more for the upkeep of U.S. Forces Korea, saying, "It was easier to get a billion dollars from South Korea than to get US$114.13 from a rent-controlled apartment in Brooklyn."

In a tweet Saturday, he called the joint military exercises between South Korea and the United States "ridiculous and expensive," while playing down the threat of North Korea's latest missile launches.

"With the mindset of a merchant, a businessman, he does not know his ass from his elbow, his enemy from his friend," Rep. Cho Kyoung-tae, a member of the Supreme Council of the main opposition Liberty Korea Party, told a radio talk show.

He said the president's remark leaves South Koreans feeling uneasy and questioning whether the United States is a trustworthy, friendly country. Trump should return to being a leader with common sense, the rightist lawmaker said.

Cho also chastised the Moon Jae-in administration for failing to respond to those abusive remarks. 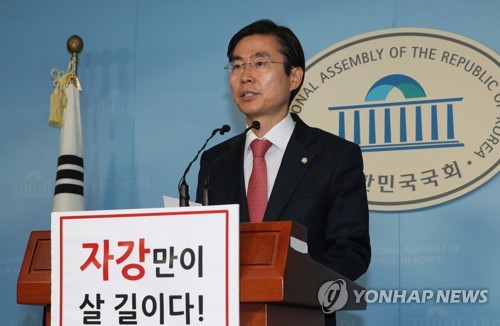 Rep. Ha Tae-keung of the center-right Bareunmirae Party, called Trump "a totally thoughtless" president, referring to his remarks on the North's provocations and the allies' military drills.

"It was a reckless remark that threatens the Korea-U.S. alliance and an insult to American troops who are sweating to defend the Republic of Korea," he said.

He called on Trump to stop ridiculing the United States' longtime friend and make efforts to remain a great inheritor to the over 65-year-old military alliance. 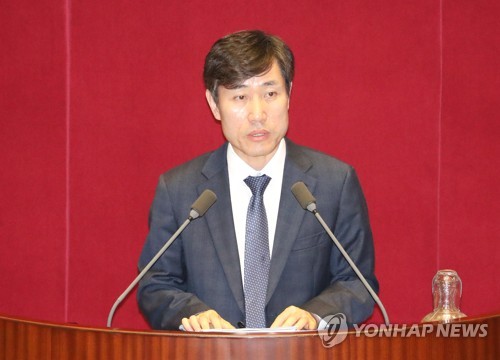