SEOUL, Aug. 14 (Yonhap) -- Three workers were believed to have been killed and two others injured in an elevator crash at a construction site in the eastern city of Sokcho on Wednesday, fire authorities said.

An elevator with five workers crashed from the 15th floor at an apartment building construction site in the city, some 210 kilometers east of Seoul, at 8:28 a.m.

Some 30 rescue workers were sent to the scene. 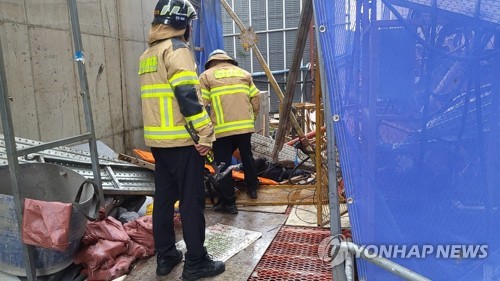