SEOUL, Aug. 14 (Yonhap) -- South Korea plans to increase defense spending by an average of 7.1 percent each year over the next five years to beef up self-reliant capabilities amid evolving missiles threats from North Korea, the defense ministry said Wednesday.

North Korea has apparently been focusing on the modernization of its conventional weapons by test-firing short-range ballistic missiles, including its version of the Iskander, in recent weeks.

Announcing its five-year defense blueprint, the ministry sought to spend 290.5 trillion won (US$239.88 billion) for the 2020-2024 period -- 103.8 trillion won on improving defense capabilities and the remaining 186.7 trillion won on force management.

The planned budget for strengthening defense capabilities marks a 10.3 percent on-year increase over the next five years, and that for managing troops, facilities and equipment by 5.3 percent on average through 2024, according to the ministry.

"The ministry has decided to concentrate on enhancing defense capabilities to make leading responses to security threats from all directions possible, as well as on building and properly managing a smart military based upon state-of-the-art science technologies," the ministry said in a release. 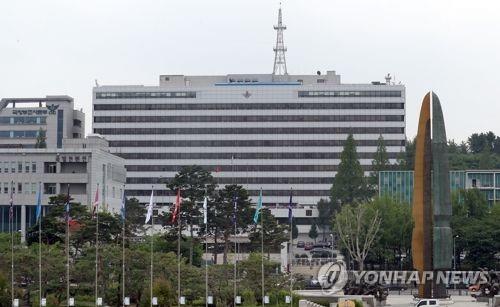 Of the plan to improve defense capabilities, the ministry is to earmark 34.1 trillion won for projects aims at countering threats from nuclear arms and other weapons of mass destruction (WMD).

In order to "significantly" boost reconnaissance and surveillance capabilities of its own, the military vowed to deploy new military satellites and mid- and high-altitude drones, among others.

The ministry also calls for the advancement of its missile defense program by featuring early warning radars for better detection, enhancing patriot and Cheolmae II missiles and wrapping up the development of L-SAM, a long-range surface-to-air missile.

After a 17-month hiatus, North Korea resumed its major weapons tests in May. In protest against the combined exercise between South Korea and the U.S., in particular, the communist country test-fired short-range ballistic missiles five times over the past three weeks, with the latest one taking place Saturday.

The North is believed to have successfully developed its version of the Iskander, the ground-based short-range ballistic missile, recently, and is presumed to show off another fresh type of short-range missile that looks similar to the U.S.' Army Tactical Missile System (ATACMS).

With a goal to build South Korea's capabilities to lead the envisioned wartime operations, the ministry vowed to spend 56.6 trillion won.

South Korea and the U.S. have been pushing for the conditions-based wartime operational control of their combined forces from Washington to Seoul.