SEOUL, Aug. 14 (Yonhap) -- With a new ball in play clearly favoring pitchers this year, the top South Korean league may see a home run leader with the fewest dingers in more than a decade.

At this point last year, Romak was leading the way with 36 home runs. Kim Jae-hwan of the Doosan Bears ended up taking the home run title with 44, one ahead of Romak and Park and Mel Rojas Jr. of the KT Wiz. 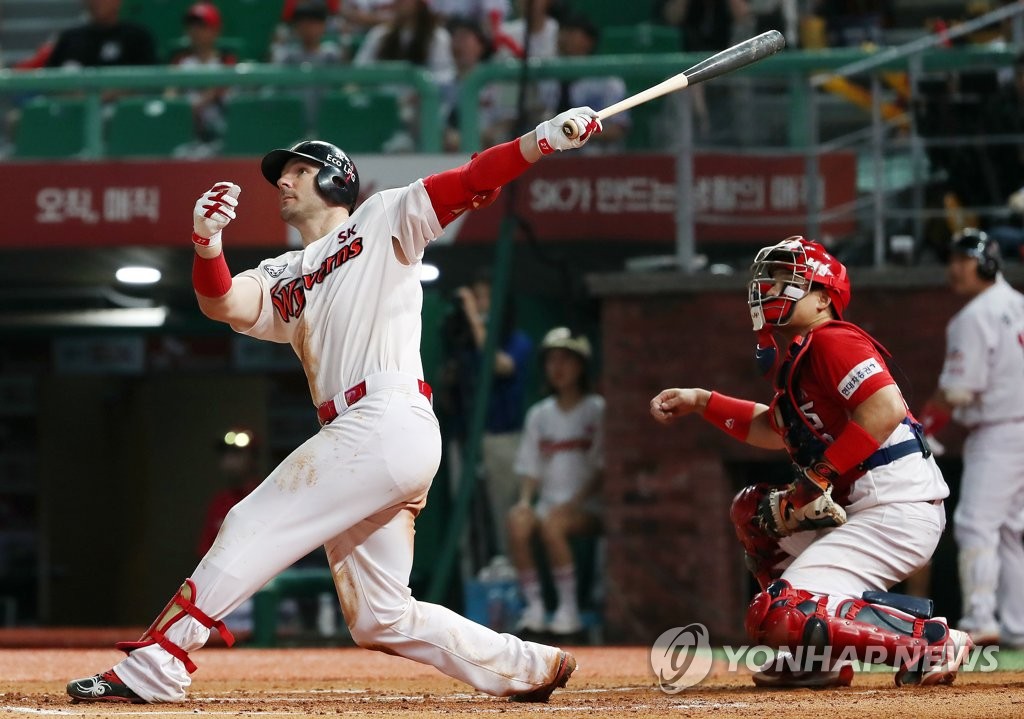 For this season, the KBO introduced a heavier and larger official ball with less bounce off the bat to curb offensive explosions and achieve more balance between pitching and hitting. And no hitter is on pace to reach 40 homers this year and getting to 30 will be a challenge too.

With 33 games remaining, Romak may get to 30 right on the number at his current pace. Park, a four-time home run king who can be streaky, has 22 homers in just 90 games, a pace that could see him push for 30 over the Heroes' final 32 games. Park has missed 22 games this year with wrist, back and knee injuries.

Park has thrown himself into the race with four home runs in nine games so far in August, but he said before Tuesday's game that his focus remained on helping the team win.

"I just want to make up for my struggles from the first half," said Park, who still had 17 home runs before the All-Star break despite his assorted injuries. "I'll try to do my part as the cleanup hitter and help us win as many games as we can."

A year ago at this point in the season, all 10 teams had at least 100 home runs. This year, no one has reached the century mark, with the Samsung Lions and the NC Dinos tied at the top with 99 each. Teams have combined for 784 long balls, compared with 1,302 a year ago. 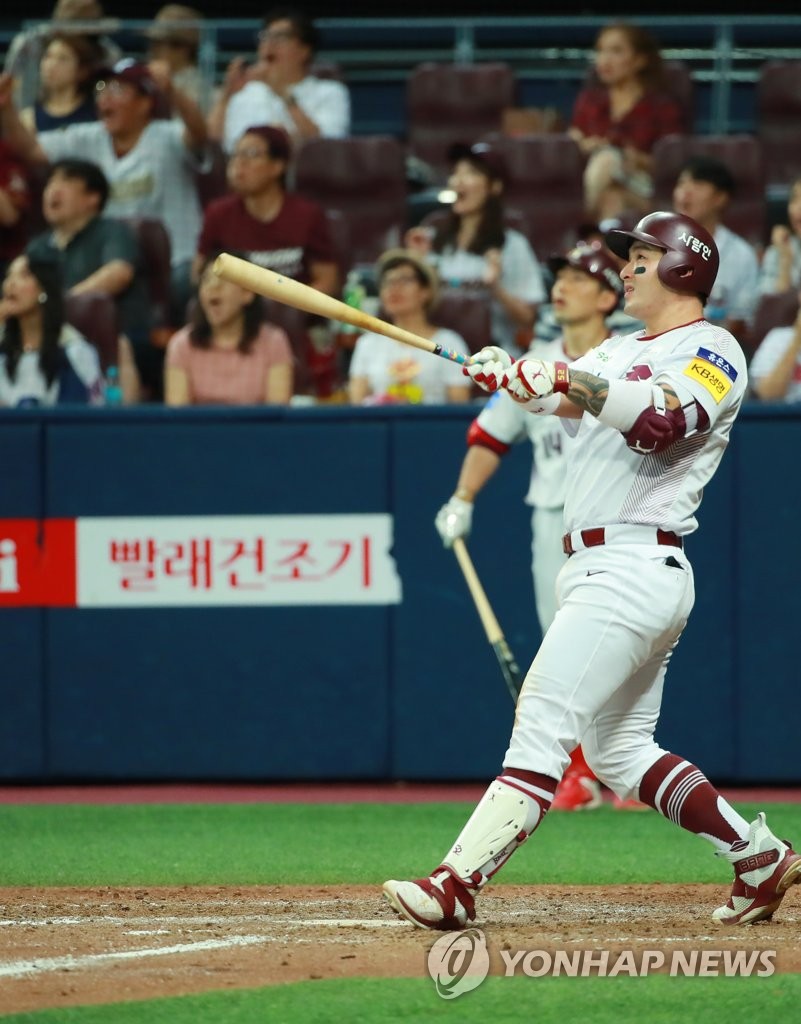