Abe sent the offering to Tokyo's Yasukuni Shrine via an aide to mark the country's 1945 surrender in World War II, Kyodo News reported. It marked the seventh consecutive year for him to send an offering to the shrine on the Aug. 15 day of surrender since taking office in December 2012.

"The government expresses deep concerns over responsible leaders of the Japanese government and parliament sending offerings and paying respects again at the Yasukuni Shrine that glorifies Japan's past colonial plunder and war of invasion and enshrines war criminals," Seoul's foreign ministry said in a press release.

The ministry also called for "humble reflection" by Japanese politicians over their country's past.

"(We) point out that based on that attitude, the South Korea-Japan relations can develop in a future-oriented manner, and Japan will be able to win trust from the international community," it said.

Abe's last visit to the shrine in 2013 sparked strong protests from South Korea and China. The shrine honors Japan's war dead, including 14 Class A war criminals, and neighboring countries view shrine visits by Japanese leaders as an attempt to beautify the country's militaristic past. 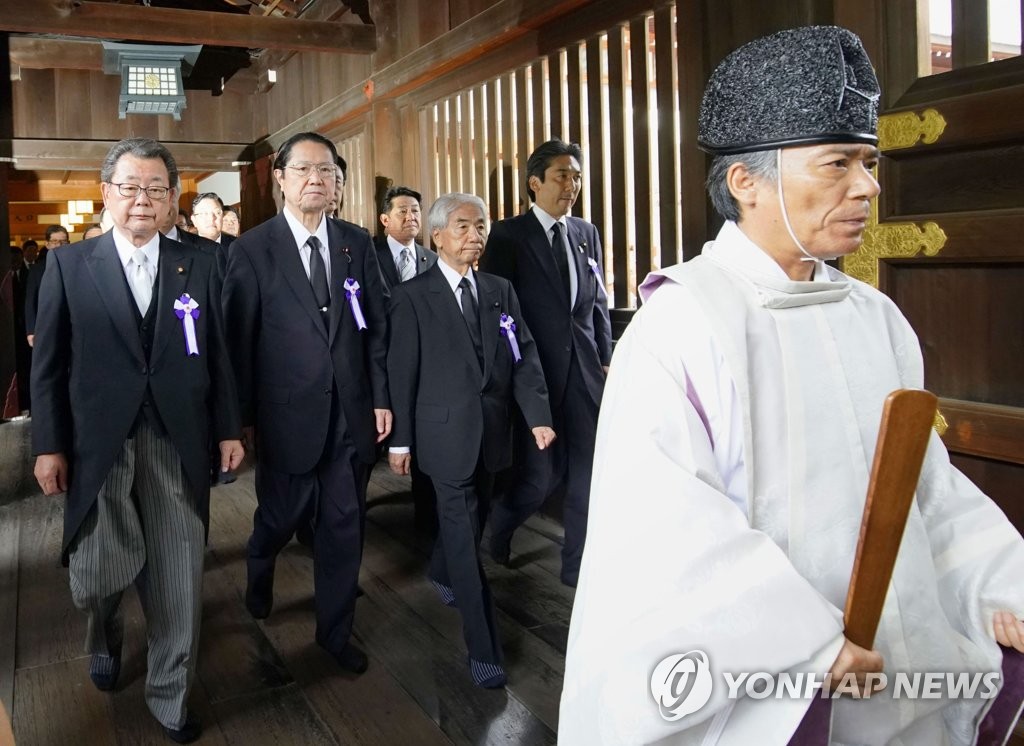