SEOUL, Aug. 15 (Yonhap) -- South Koreans' credit card spending on Japanese products has more than halved in the past month amid an escalating trade row between the two countries, government data showed Thursday.

Korean consumers have staged a campaign against Japanese products and travel to the neighboring country since early July when Japan restricted exports of key materials to Korea. Japan's official exclusion of Korea from its list of trusted trading partners early this month has fueled the anti-Japan sentiment.

Uniqlo was hit the hardest, with local credit card sales plunging 70 percent to 1.77 billion won from 5.94 billion won during the mentioned period.

Japan had long maintained a leading position but last month it ranked third after Belgium and the United States, according to Korea Customs Service (KCS).

The country imported $43.42 billion worth of Japanese beer products in July, down 45 percent from the previous month's $79.04 billion, due to declining demand among Korean consumers, the KCS said. 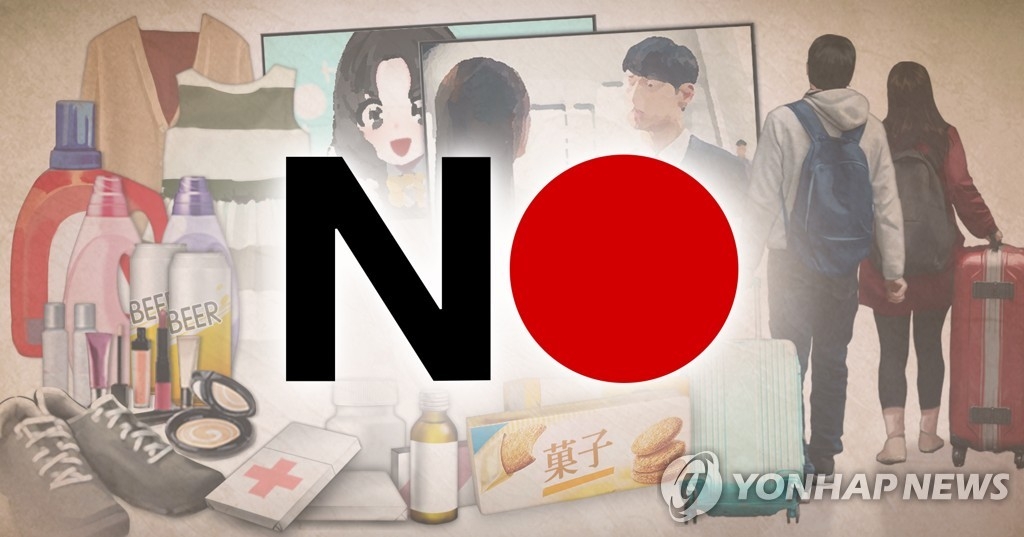