SEOUL, Aug. 16 (Yonhap) -- "Bring the Soul: The Movie," the latest documentary film featuring global band BTS, will be released in a new mobile version this month on an application for BTS fans, the band's management agency said Friday.

The first of the six episodes of the mobile version, "Bring the Soul: Docu-Series," will hit the Weverse mobile application's BTS category for paid service on Aug. 27, Big Hit Entertainment said. The remaining five episodes will be released every Tuesday one by one till Oct. 1.

The movie version, the third BTS documentary film, hit local theaters on Aug. 7 to bring to the screen the stories behind the band's globally-acclaimed world tour "Love Yourself," which was launched in August last year and brought the septet to cities, including London, Paris, New York and other American cities.

Big Hit said the mobile version includes additional scenes and behind-the-stage episodes that were not featured in the film version.

The new release "carries (BTS members') honest feelings and the impressions they had while trotting the globe through an interview format," the agency said. 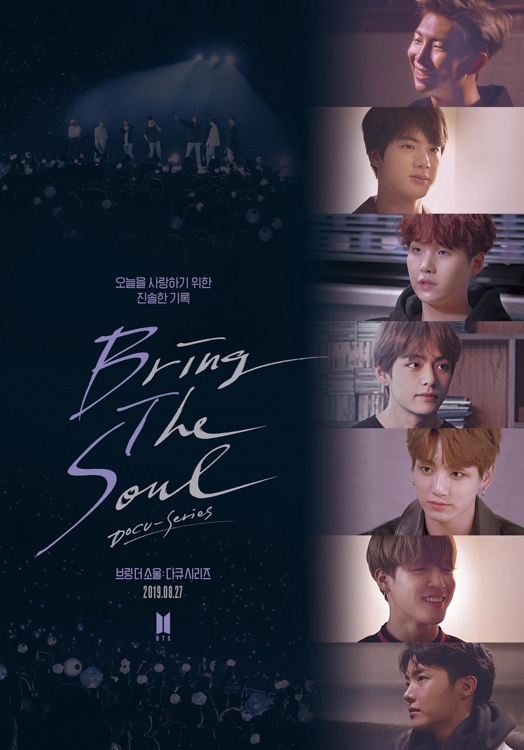