The Ministry of Culture, Sports and Tourism in collaboration with the Korean Traditional Performing Arts Foundation, will host the festival, whose title translates as "Great Inheritance Meets Today," from Aug. 31 to Sept. 21 on the premises of the National Museum of Korea. 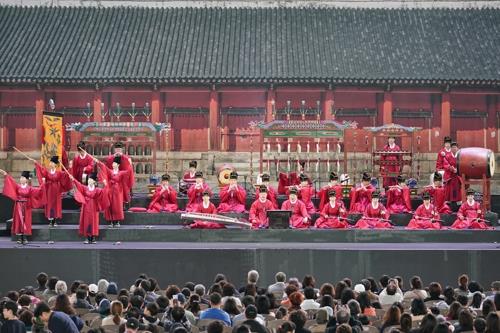 The upcoming event is the festival's second edition. The inaugural event last year entertained around 15,000 spectators.

Like last year, the 2019 event will feature 12 UNESCO-recognized Korean traditional performing arts on top of a modern pop music concert and traditional dances from other countries.

Among the 12 items inscribed on the UNESCO list of Intangible Cultural Heritage are "Jongmyo Jeryeak," the majestic orchestral music for regular royal rituals at Jongmyo, the Joseon royal mausoleum, and "Ganggangsullae," an ancient Korean community dance and ceremony observed with wishes for a bountiful harvest.

The Jeju Chilmeoridang Yeongdeunggut ritual, the Cheoyongmu dance, the traditional Gangneung Dano Festival and jultagi, acrobatics on a tightrope, will also be performed.

A total of 19 types of traditional Korean performing arts will be presented at the premises of the national museum.

Adding a modern touch to the performing arts festival, pop singer-songwriter Kim Hyun-chul has been employed to reproduce the best-known traditional Korean tune, "Arirang," with his contemporary artistic talent.

A series of traditional performing arts from outside Korea will also be featured during the festival, including Spain's flamenco, Armenia's Duduk, Taiwan's Peking opera and Khoomei, also known as Mongolian throat singing.

Reservations are available at www.kotpa.org, free of charge. 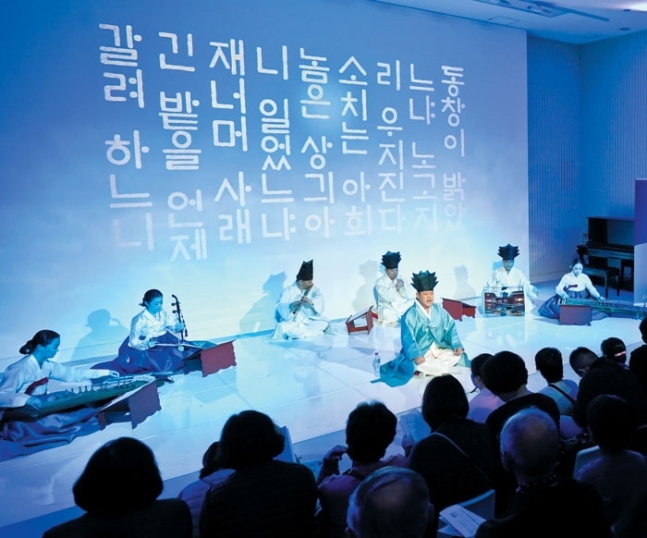