Biegun will visit Seoul from Tuesday to Thursday after a two-day stop in Japan, the department said in a press release.

Tuesday marks the conclusion of a combined military exercise between South Korea and the United States, creating room for Biegun to pursue a resumption of denuclearization talks with the North.

The State Department said Biegun will meet with officials in both countries to "further strengthen coordination on the final, fully verified denuclearization" of the North. 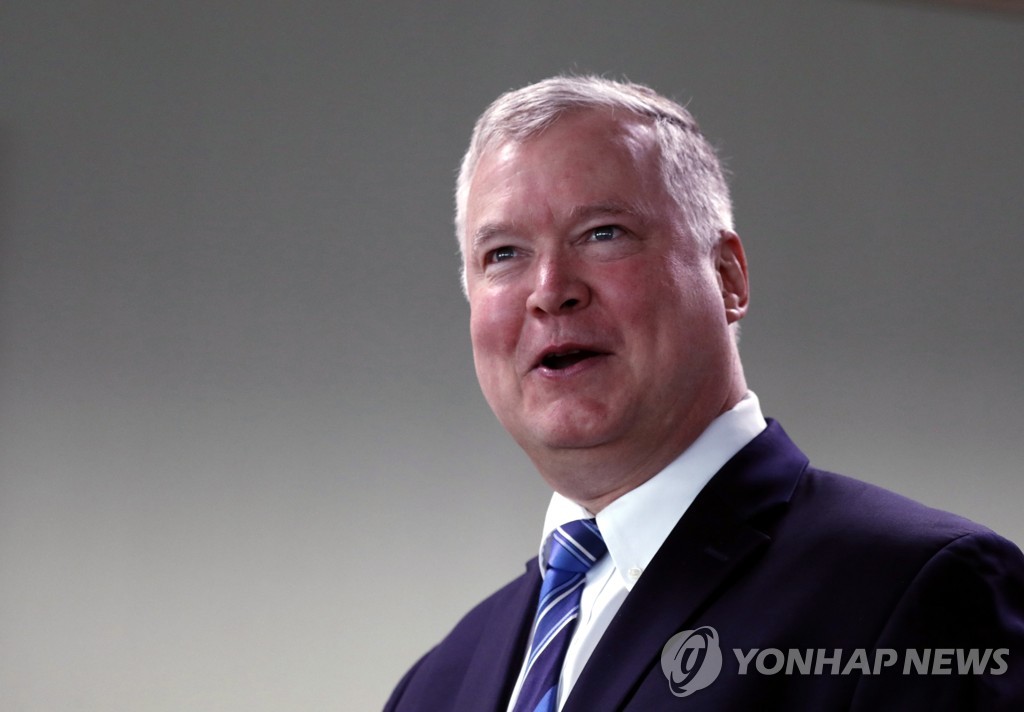 The talks have been stalled since the leaders' second summit in Vietnam in February ended without a deal due to differences over the scope of North Korea's denuclearization and sanctions relief from the U.S.

Last week Kim sent a letter to Trump stating his displeasure with the South Korea-U.S. military exercise and expressed a willingness to resume talks once it was over, according to the U.S. president.

In the letter Kim also promised to stop testing missiles after the conclusion of the drill, which Pyongyang views as an invasion rehearsal.

North Korea has raised tensions by conducting six tests of short-range ballistic missiles and other projectiles since July 25.

Meanwhile, Biegun, who is in charge of day-to-day negotiations with the North, is reportedly under consideration as the next U.S. ambassador to Russia.

He could use his trip to South Korea and Japan to discuss the reports and also urge trilateral cooperation against North Korea's nuclear threats despite an ongoing trade dispute between the two U.S. allies.