SEOUL, Aug. 18 (Yonhap) -- The main opposition Liberty Korea Party (LKP) will stage an anti-government rally in Seoul this week in what would be the first such move outside the parliament in three months, its officials said Sunday.

Hwang Kyo-ahn, the leader of the conservative party, said that the rally at Gwanghwamun Square on Saturday is aimed at sending a "warning" to the Moon Jae-in government against its liberal policies and personnel management.

The LKP has been highly critical of Moon's recent nomination of Cho Kuk, a former senior presidential secretary for civil affairs, as justice minister and his handling of North Korea and economic issues.

"(The rally) will mark a long and tough struggle ... We will not stop the struggle until this government stops leftist moves," Hwang said in a statement read out by his spokesperson, Kim Sung-won.

Apparently mindful of a possible public blowback over what could be seen as a partisan move, Hwang pointed out that his party would carry out the anti-government campaign both in and outside of the legislature to continue its parliamentary responsibilities.

The LKP has recently been stepping up its political offensive against the government apparently to help rally core supporters amid weak public support. In particular, it sharpened criticism about the government's response to the North's recent missile launches.

Last month, the party refrained from attacking the government amid heightened tensions between Seoul and Tokyo.

At the center of the LKP's offensive is Moon's designation of Cho as justice minister.

The party has been raising a series of allegations against Cho, highlighting that he is unfit for the ministerial post. The allegations include those about his past ties to a socialist labor group and his family's handling of real estate properties and other financial transactions.

"It is a personnel (decision) that we cannot accept," Hwang said. "We will mobilize all our capacity to resist that." 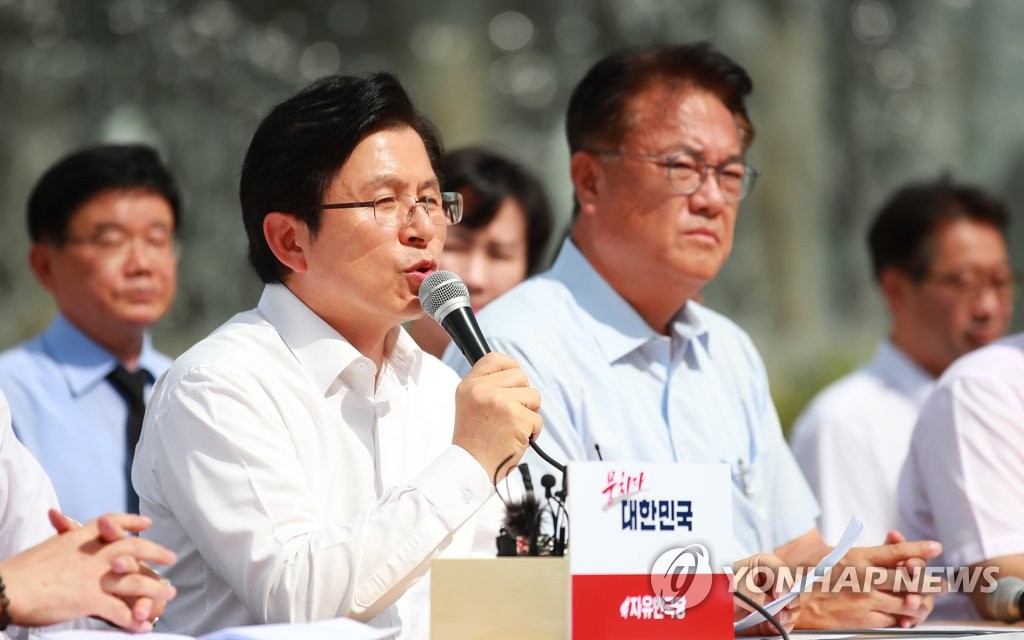