South Korea's next match will be against Hong Kong at 7 p.m. Monday, back at Jamsil. 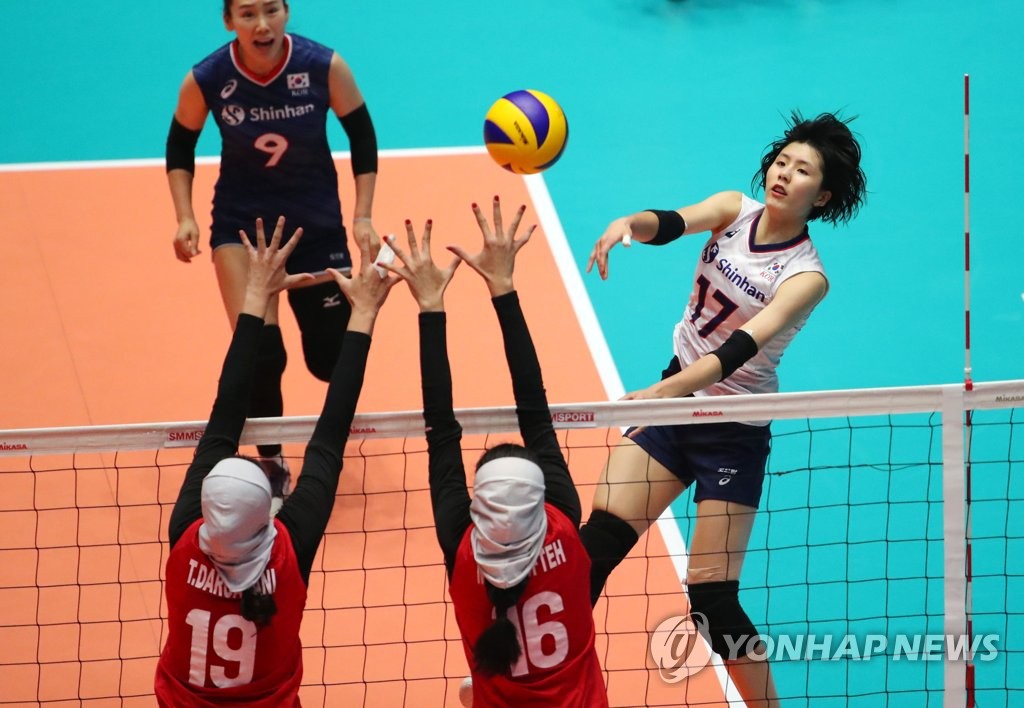 There are 13 teams in action, divided into four groups -- three groups of three and one group of four -- and the top two nations from each group will compete in the next phase here and also advance to the Asian qualifying tournament for the 2020 Olympics in January next year. The winner of that regional qualification will punch its ticket to Tokyo.

Coached by Italian Stefano Lavarini, South Korea came in ranked ninth in the world and had little trouble against the 39th-ranked Iran. Captain Kim Yeon-koung, South Korea's best attacker, rested after playing only the first set.

Iran hung tough in the early going, but with a 13-11 lead in the first set, South Korea scored three straight points en route to taking the set 25-17.

Up 10-6 in the second set, South Korea got six unanswered points even without Kim, as Lee Jae-yeong accounted for three of those half dozen points.

South Korea was never challenged in the deciding set, with more star players watching from the bench.

South Korea is the first-time host of this biennial event, which began in 1975. It has never won this tournament and has had seven runner-up finishes, most recently in 2015. 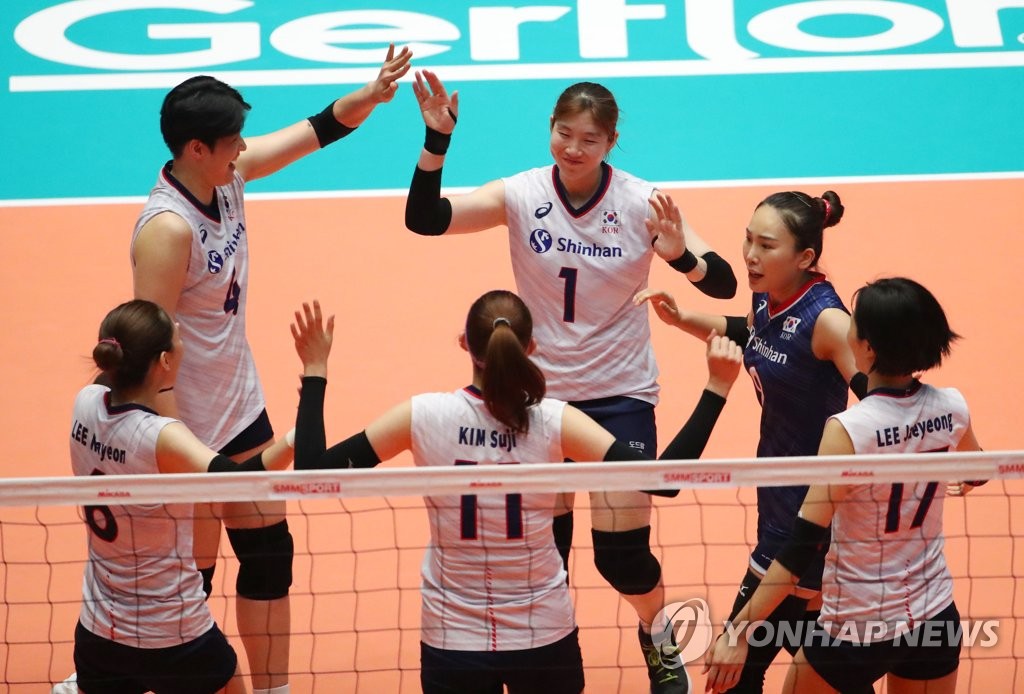