The office of President Moon Jae-in revealed the scheme in a press briefing on its preparations for the summit with the Association of Southeast Asian Nations (ASEAN) 100 days ahead of its opening.

The two-day session is to begin on Nov. 25 in the southern city of Busan.

"At the special summit, South Korea and the ASEAN countries will solidify their will to open markets, expand trade, strengthen the free trade order and explore ways for shared prosperity through mutual cooperation against the backdrop of recent international situations where trade conflicts and protectionist trends are deepening," Joo Hyung-chul, a senior economic aide to Moon, said. 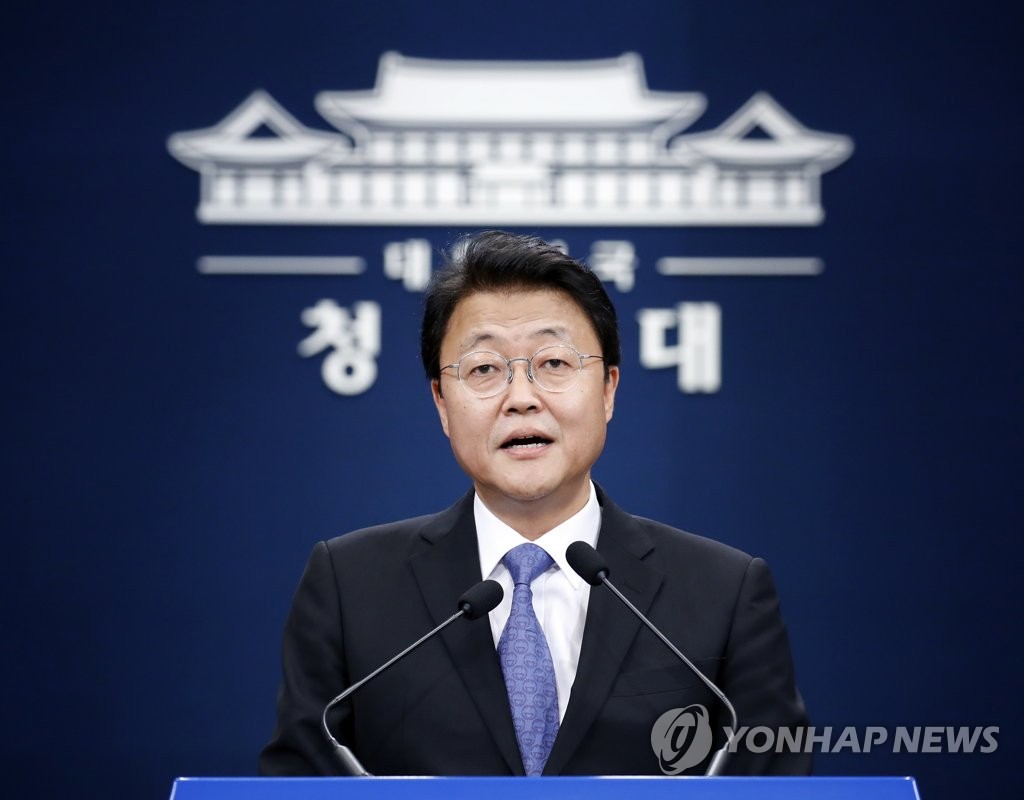 The announcement came as South Korea and Japan are engaged in a trade fight. In early July, Tokyo introduced stricter controls on exports of some high-tech materials to South Korean firms in an apparent reprisal for Seoul's handling of the wartime forced labor issue dating back to Japan's 1910-45 colonization of Korea.

Japan then dropped South Korea from a list of trusted trade partners eligible for simplified customs procedures. Seoul hit back by removing Tokyo from its own whitelist.

It's unclear whether the animosity between the neighbors will continue until the special South Korea-ASEAN summit. Moon has repeatedly called for dialogue with Japan to resolve the problem, while Japan's responses have been tepid.

In his Liberation Day speech last week, Moon said that he would "gladly join hands" with Tokyo should it choose the path of dialogue and cooperation.

If the trade spat remains unresolved until the Busan summit, chances are high that South Korea will use the summit to drum up international support for its position.

Asked about the possibility, Joo said, "It is difficult to say how (the Seoul-Tokyo spat) will unfold in a 100 days' time, but as it is important to maintain the open free trade system, there will clearly be discussions on this."

He added that every country agrees on the importance of free trade in the region, as shown by the recent the ASEAN Plus Three (APT) Foreign Ministers' Meeting.

The official stressed, however, that the South Korean government hopes to resolve the issue of the Abe administration's trade retaliation "smoothly" via dialogue.

Regarding whether North Korean leader Kim Jong-un will be invited to the summit as an observer, Joo said that it hinges on progress in relations between North Korea and the United States.

"Smooth dialogue between the North and the U.S. is the most important," he said.

Washington and Pyongyang have been exploring holding working-level nuclear talks. The talks are expected to resume after a combined military exercise between South Korea and the U.S. ends this week.

The November summit will mark the 30th year since the establishment of South Korea-ASEAN sectoral dialogue and is hoped to further deepen their cooperation.

Moon plans to host an official welcoming dinner on Nov. 25. The next day, special summit talks will be held, followed by a working luncheon and a joint press conference.

On Nov. 27, a separate summit session will take place in Busan involving Moon and his counterparts from five ASEAN countries located around the Mekong River -- Cambodia, Myanmar, Laos, Vietnam and Thailand.