In a signed commentary, the North's Korean Central News Agency branded Rep. Park Jie-won as a "tramp and dirty man" in rare criticism of the veteran lawmaker known for his key role in arranging the first-ever inter-Korean summit in 2000.

Park criticized the North in a Twitter message Saturday for firing projectiles a day earlier from a region near the hometown of Hyundai Group founder Chung Ju-yung, who spearheaded inter-Korean economic cooperation projects.

The lawmaker also said it will prove to be barbarian if the North continues to make a mockery of President Moon Jae-in, mentioning a sharp-worded statement by the North's committee handling inter-Korean affairs Friday.

"Call a dog a dog. This is an appropriate comment on the misbehavior of the foolish politicians of south Korea," the KCNA said. "He, styling himself a man symbolic of the June 15 era, spat out a disgusting jargon."

"Park is a tramp and dirty man from the viewpoint of morality. He played the coquette in Pyongyang in the June 15 era and boasted of the relationship with the north and used it as his political assets, but now he acts ungratefully. He is, indeed, a dirty dog," it added.

Park accompanied then President Kim Dae-jun on his trip to North Korea as his chief of staff for the first-ever inter-Korean summit with then North Korean leader Kim Jong-il. The two leaders adopted the June 15 Joint Declaration emphasizing reconciliation between the two Koreas.

He is known for maintaining close ties with North Korea ever since. He was among a few South Koreans who met North Korean leader Kim Jong-un's younger sister, Kim Yo-jong, at the border village of Panmunjom when she came down with a condolences message and flowers for the death of late former President Kim Dae-jung's wife in June.

On Friday, North Korea fired two projectiles from its eastern coastal county of Tongchon in Kangwon Province into the East Sea, the fifth such launch since late July. They are presumed to be short-range ballistic missiles, but the North later claimed it tested a "new weapon" without providing details.

On the same day, a spokesperson for the North's Committee for the Peaceful Reunification of the Country issued a statement, saying that Pyongyang has no intention to talk with South Korea again and calling it a "senseless" hope to expect talks to resume after Seoul's joint military exercise with the U.S. is over.

Taking issue with Seoul's joint military drill with Washington, the spokesperson called Moon a "funny man" who "just reads what was written by his juniors" and denounced his speech as a "foolish commemorative speech" and "citation of spiritual slogans." 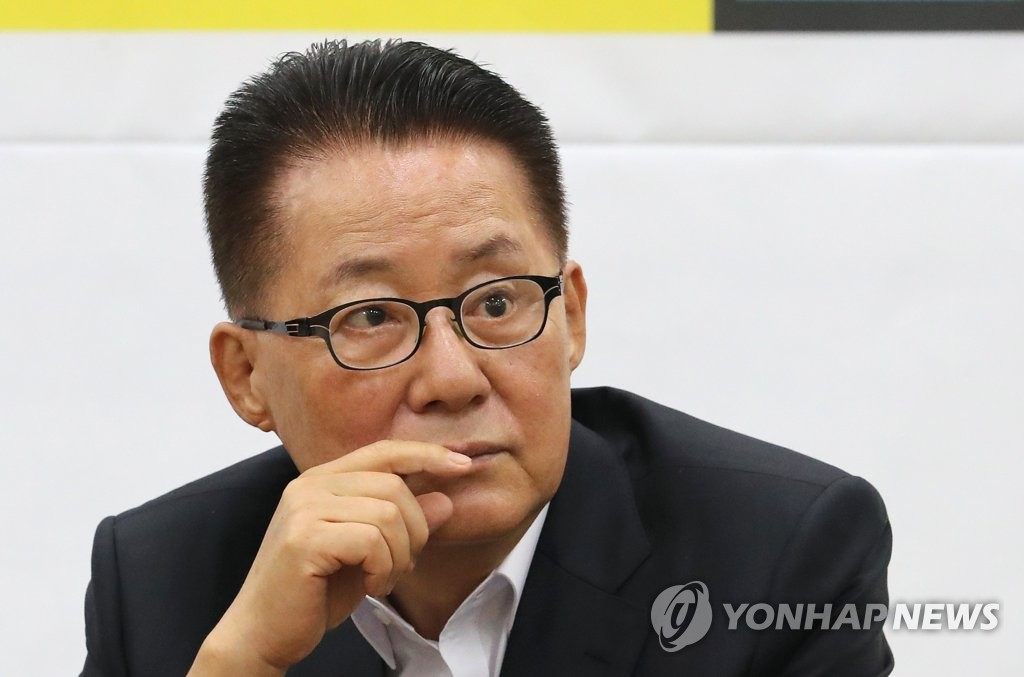