Kwon Se-jung, the director general in charge of climate change and environmental affairs at Seoul's foreign ministry, summoned Tomofumi Nishinaga, a minister for economic affairs from the Japanese Embassy in Seoul.

Kwon was expected to deliver a note verbale, a diplomatic note highlighing Seoul's concerns over the radioactive water and requesting Tokyo's official explanation on how it would dispose of the water. 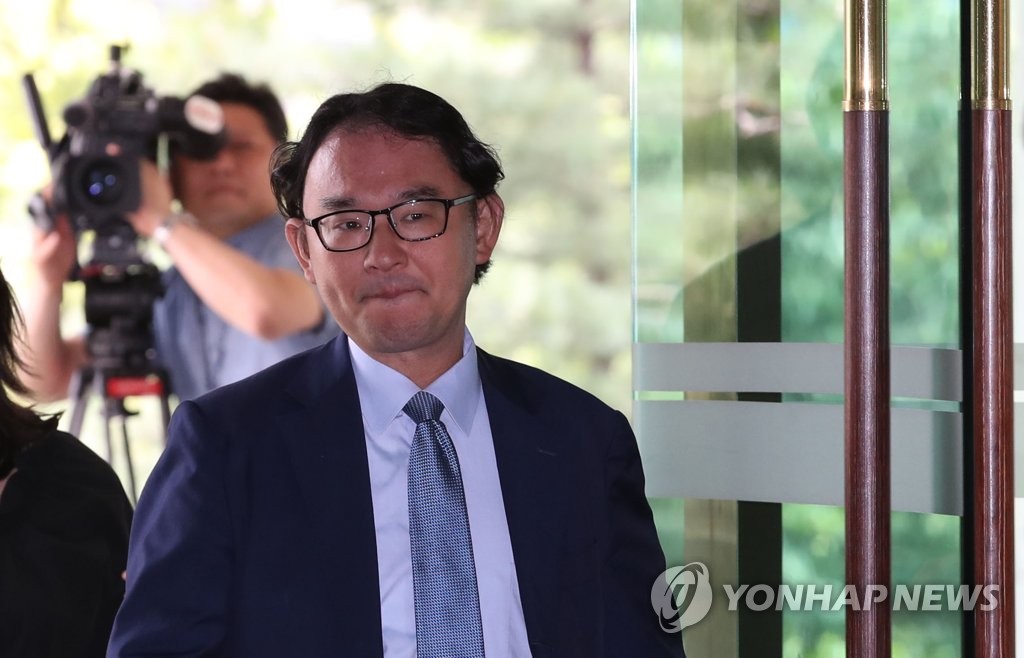 Last week, Seoul vowed to "actively" deal with the radioactive water issue as fears are growing that Tokyo could discharge it into the Pacific Ocean as storage space at the Fukushima plant is expected to run out around 2022.

After learning last August of Tokyo's move to discharge the water, South Korea delivered to Japan in October a document detailing its concerns and related requests. It has since called for Tokyo to elucidate its handling of the issue during bilateral and multilateral forums.

Japan is reportedly exploring various options to dispose of the Fukushima plant water, including evaporating it and putting it deep underground. But discharging the treated water into the ocean is seen as the cheapest and quickest -- thus tempting -- disposal method.

Environmental groups and activists, such as Greenpeace, have opposed the discharge of the water containing radioactive tritium. In a January report, Greenpeace said that a Japanese government task force proposed the discharge plan and ignored alternative options that would avoid further contamination of the ocean.