SEOUL, Aug. 20 (Yonhap) -- The average wage for employees at South Korea's top six banks rose at the fastest pace in six years in the first half of the year, with their average half-year pay topping 50 million won (US$41,300), data showed Tuesday.

The six-month total was up 8.4 percent from the prior year, which was the fastest on-year growth rate since the 19.1 percent surge in 2013.

The figure was based on bank employees' earned income. Executive compensation was excluded from the tally. 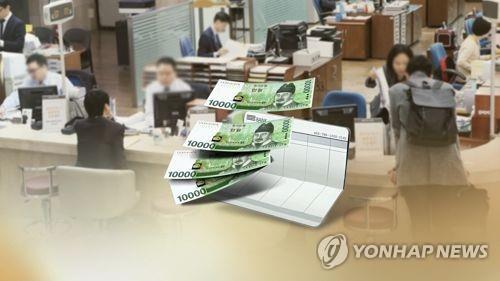 The six major lenders had a combined workforce of 67,781 as of the end of June, up 200 from the previous year. The slight gain was attributed largely to their increased employment of irregular workers.