The Note 10 will be Samsung's second 5G phone launched at home following the Galaxy S 10 5G, its flagship smartphone released in April in time for the commercial roll out of the ultrafast network in the nation.

The Note 10 features a hole-punch selfie camera to minimize the bezel on the screen and ditches the 3.5-millimeter headphone jack for the first time. Instead, it offers a USB-C dongle.

The standard model has three cameras on the back, and the plus model has an additional camera.

Samsung's 5G-only strategy in the domestic market comes as the world's largest handset maker is looking for ways to expand sales of premium phones to improve profits of its sluggish mobile division.

South Korea is a leading 5G market with over 2 million subscribers in four months of the network's launch, as local carriers have been aggressively promoting 5G mobile plans to lure customers in the early stage. 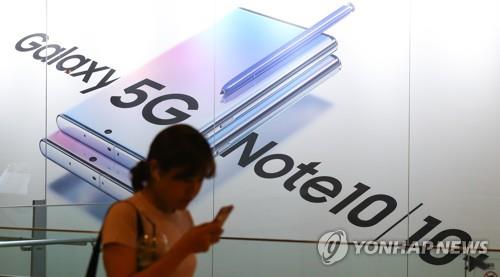