SEOUL, Aug. 20 (Yonhap) -- Donuimun, one of the four main old gates that were part of the wall that surrounded the Joseon-era capital, was virtually restored Tuesday with the latest digital technology around a century after it was demolished during Japan's 1910-45 colonial rule.

Donuimun, also called Seodaemun, which literally means "Great West Gate," was established in 1396 on the west side of Hanyang, the Joseon Dynasty (1392-1910) capital. But Japan tore it down in 1915 to expand roads in its nearby areas.

It is the only gate that does not currently exist among the four giant gates, including Namdaemun, or "Great South Gate."

Despite its historic meaning, a project to rebuild the gate has hit a snag for a long time due mainly to traffic flow and compensation problems, with its original site currently located in central Seoul.

But the use of the augmented reality (AR) and virtual reality (VR) technology will enable people to see the digitally rebuilt gate in its initial form during the Joseon Dynasty, according to the Seoul city government.

The Seoul metropolitan government held a ceremony to mark the completion of a nine-month project to restore the gate with digital technology at Donuimun Museum Village, which stands near the gate's original site.

"The digital model for Donuimun was made in the same manner as cultural assets are restored," said Kim Wang-jik, an architecture professor at Myongji University.

A virtual image of the restored gate pops up on a smartphone screen when people activate the "Donuimun AR" app or scan the related QR code attached to a kiosk on the street near an intersection in Jeongdong, where the museum village is located. 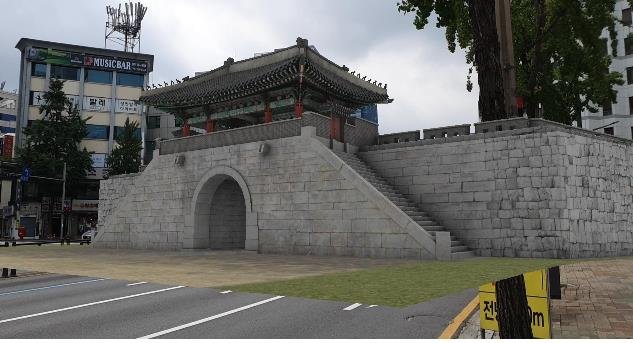 A three-story facility in the village also provides people with VR experiences.

Wearing VR headsets, visitors can see the image of Donuimun and Hanyangdoseong, or the Seoul City Wall, an old defensive stone wall encircling the capital. They can listen to explanations about these historic assets.

"The best option would be to restore cultural properties to their original forms, but I questioned whether it was the only way," said Chung Jae-suk, chief of the Cultural Heritage Administration.

"In line with the status of an IT powerhouse, we've revived (Donuimun) in a way that well fits this age," she added.

The project is part of efforts to mark the 100th anniversary of the March 1 Independent Movement and the establishment of a provisional Korean government during Japan's colonial rule of the Korean Peninsula.

In December 2018, the Seoul government signed a deal to cooperate with the Cultural Heritage Administration, local builder Woomi Construction and Cheil Worldwide for the project.

Seoul said it will continue to develop new forms of tourism programs by using new technology in restoring cultural assets.

Albeit virtual, the restoration of the gate effectively completes the ancient fortress wall, along with the other three main gates. Only the Donuimun section is disconnected.

The city government is seeking to reapply for the Seoul City Wall to be given UNESCO World Heritage Status in 2022. 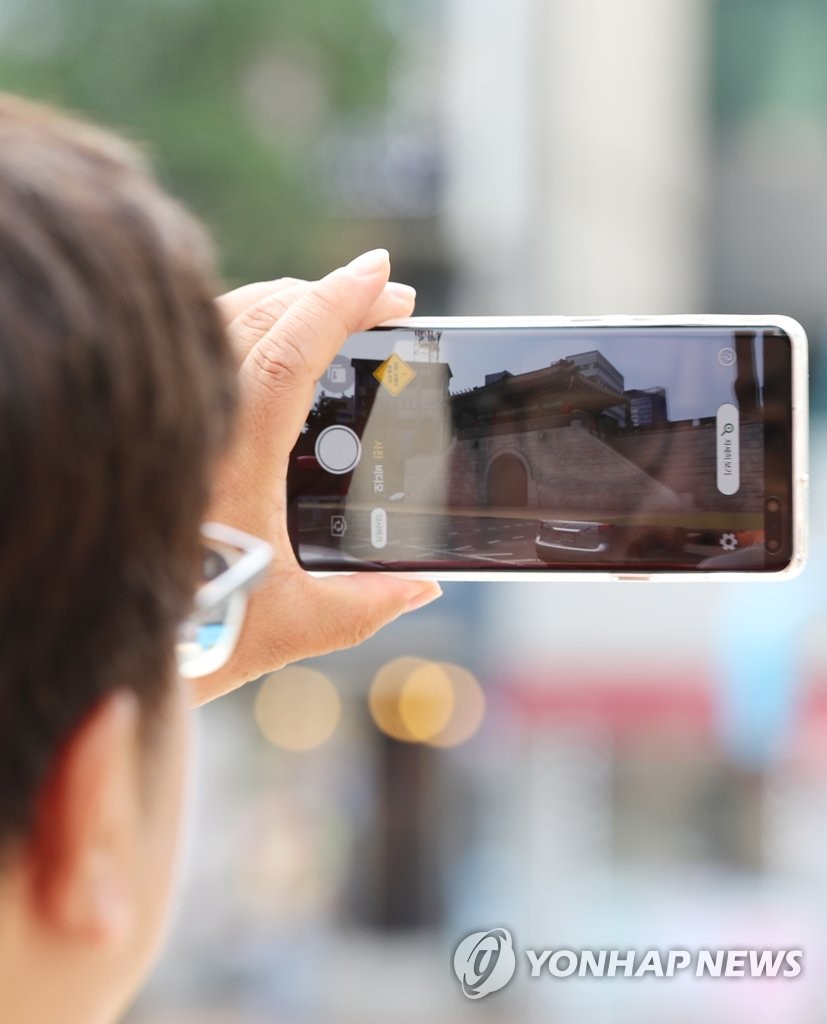