SEOUL, Aug. 20 (Yonhap) -- Unification Minister Kim Yeon-chul emphasized the importance of building a "peace economy" through cooperation with North Korea on Tuesday, even though Pyongyang dismissed the vision as a laughable idea.

President Moon Jae-in put forward the "peace economy" vision earlier this month as a way to build a powerful nation amid a trade row with Japan. Moon renewed his commitment to the vision during his Liberation Day address last week.

But the North immediately rejected the idea, criticizing the South for talking about peace and cooperation while conducting a joint military exercise with the United States. The North said the vision would provoke "side-splitting laughter."

Still, the unification minister said the South remains committed to the vision.

"However, such a future does not come along just through luck. With as much confrontation and mistrust as there has been for a long time, the two Koreas need to recover trust after going through an extremely difficult process," he added.

South Korea has been pushing to expand cross-border cooperation with the North in the hope that it could foster a peaceful mood and speed up denuclearization talks between Pyongyang and Washington.

Inter-Korean relations, however, have been almost stalled in recent months as Pyongyang has been unresponsive to offers for talks and cooperation amid little progress in denuclearization negotiations. 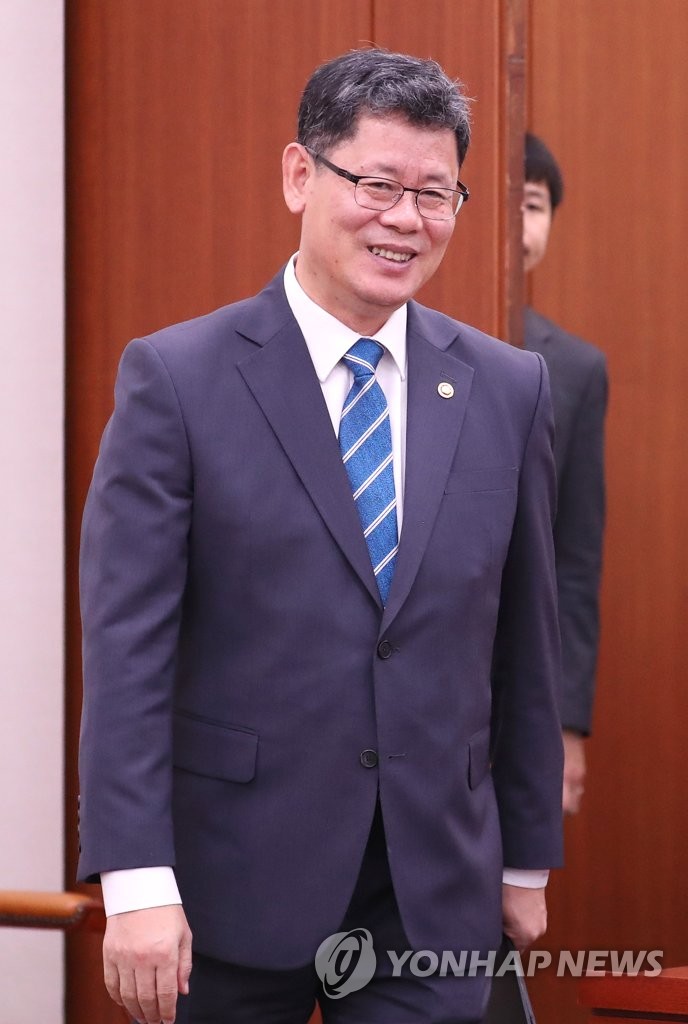