SEOUL, Aug. 20 (Yonhap) -- In a major project to help catalyze South Korea's own production of key industrial materials against Japan's export curbs, a local conglomerate said Tuesday it will invest 1 trillion won (US$825 million) in the carbon fiber sector over the coming decade.

Hyosung Group plans to expand its production line in its carbon fiber plant in Jeonju, North Jeolla Province, a city located some 240 kilometers south of Seoul.

Under the program that is supported by the municipal provincial authorities, the Hyosung Advanced Materials Corp., the group's carbon fiber business unit, plans to manufacture 24,000 tons of carbon fiber each year at 10 production lines starting in 2028. 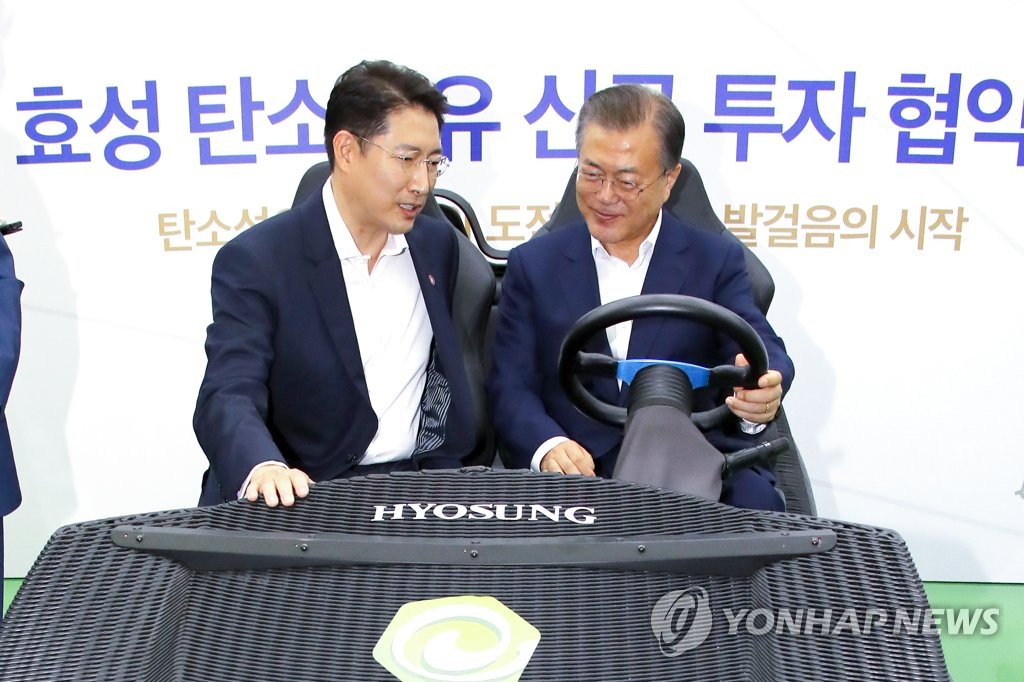 Currently, it has annual output of 2,000 tons from a single line, ranking 11th in the global market with a 2 percent share.

Hyosung said it's part of its efforts to become the world's No. 3 carbon fiber producer with a 10 percent market share.

The firm signed an agreement with the local governments and relevant contractors, such as the Korea Aerospace Industries Co. (KAI) and the Iljin Materials Co. on the carbon fiber cluster project.

"For sustainable growth of our economy, a new growth engine industry is necessary," he stressed. "Hydrogen economy and carbon fighter industry are among the resolutions."

He noted carbon fiber, which has one-fourth the weight of steel but is 10 times stronger, is a key material in hydrogen vehicle production amid a fierce global competition.

Hyosung's investment scheme, Moon said, is expected to serve as a "starting point" for South Korea's leap into the status of a high-tech material production power.

The president has reiterated a call for overhauling South Korea's industrial structure, in which firms rely heavily on the supplies of major materials from a tiny pool of nations.

The Moon administration and export firms here have felt the urgency of localizing or diversifying the supply of high-tech materials and other components since Japan tightened its export restrictions against South Korea in early July in apparent retaliation for a historical issue. Early this month, Tokyo officially removed South Korea from its list of "trusted" trading partners. 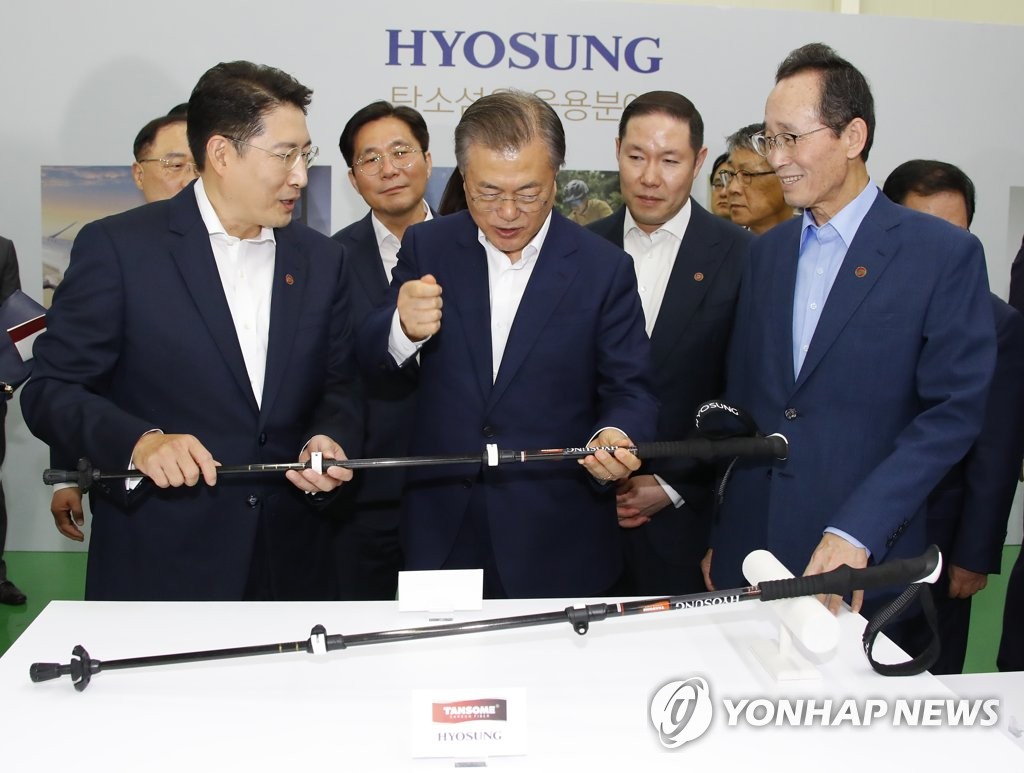 Carbon fiber is among materials that will likely suffer a direct impact from Japan's move.

Moon said South Korea should depend less on a "specific nation" to obtain core materials in order for the country to become an "unshakable, responsible" economic powerhouse as he emphasized in his Aug. 15 Liberation Day address.

Hyosung, the first South Korean firm to produce carbon fibers with indigenous technology, has been mass-producing the material since 2013.

Its planned investment in the sector is expected to create around 10,000 jobs, including 2,300 new ones at Hyosung.

Moon then visited a food processing company based in Iksan, a nearby city in the province. 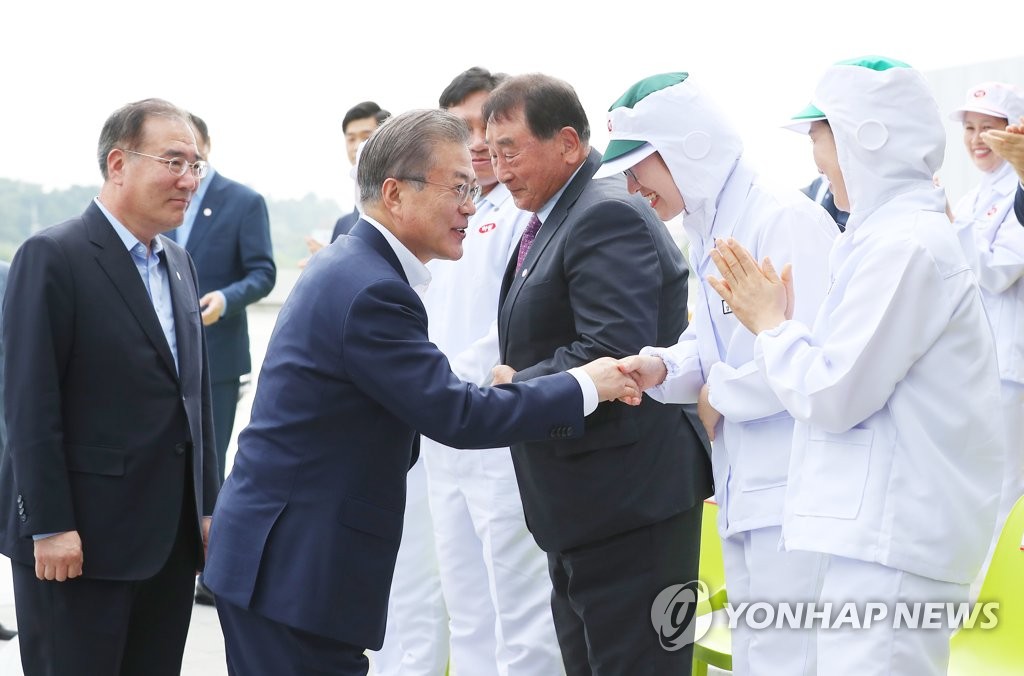 Harim is the only South Korean firm with total assets of more than 10 trillion won that has its headquarters in North Jeolla Province. Based in the city with a population of less than 300,000, Harim is a leading player in the province's ambitious plan to become a food industry hub.

The president chose to visit the company in a bid to highlight the need to foster "balanced" growth of regions outside Seoul and nearby Gyeonggi Province, according to Cheong Wa Dae officials.

Moon took note of Harim's "preemptive" investment plan, which comes at a time when South Korea's economy faces a host of challenges.