SEOUL, Aug. 21 (Yonhap) -- It's been a long time coming, and race walker Kim Hyun-sub has finally become the first South Korean to win a world championships medal, set to receive a prize that he should have been awarded eight years ago on home soil.

Kim finished the men's 20-kilometer race walk in sixth place at the 2011 International Association of Athletics Federations (IAAF) World Championships in Daegu, 300 km southeast of Seoul. But three athletes who finished ahead of him have since been stripped of their records because of doping, allowing Kim to move up to the bronze medal. 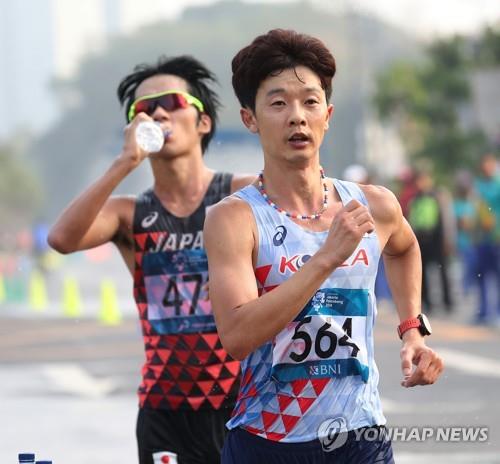 Kim was lifted to fourth place by March 2016, after the gold and silver medalists from Russia, Valeriy Borchin and Vladimir Kanaykin, both tested positive for banned substances. All of their records from 2009 to 2013 were wiped out.

Then on Tuesday, the IAAF informed the Korea Association of Athletics Federations (KAAF) that the bronze medalist, Stanislav Yemelyanov of Russia, had also failed a drug test, and Kim will move up to third place.

The IAAF's official result page for the men's 20km race walk in Daegu now lists Kim as the bronze medalist with a time of 1:21:17, behind Luis Fernando Lopez of Colombia and Wang Zhen of China. Kim finished 0.6 second behind Yemelyanov in the race, which took place on Aug. 28, 2011.

Reached on the phone almost eight years to date, Kim said he was still trying to come to grips with the development.

"It would have been better if I'd stood on the podium in 2011, but I can't complain about getting a medal now," Kim said. "It's a huge honor to be the first South Korean with a world championships medal."

Looking back on 2016 when he rose to fourth place, Kim said, "I had mixed feelings. One more doping case, and I would get the bronze medal. But on the other hand, finishing fourth was still a great accomplishment."

And Kim will do one better. The IAAF will also hold a medal ceremony for the new medalist during the 2019 world championships in Doha, Qatar, next month. 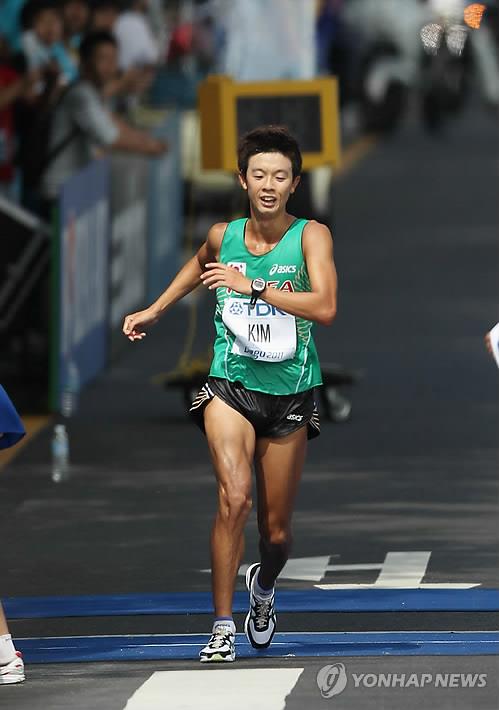 "I returned home Tuesday evening after overseas training, and I got a call from the KAAF that I just became a bronze medalist," Kim said with a laugh. "I'd never imagined something like that would happen to me. Then I heard about the medal ceremony in Doha, and that's when it really hit me that I have won a medal."

Prior to Kim's medal, the best South Korean performance at the world championships came in the men's marathon in 1993 in Stuttgart, Germany, where Kim Jae-ryong placed fourth.

"In the past, I used to tell myself that I'll always have another opportunity, but my mindset this time is that this will be the very last opportunity," Kim said. "I am so happy to receive such great news as my career is winding down. I'll try to finish in the top 10 again."