The premium luxury hotel, featuring 563 rooms and suites, will officially open in the eastern Seoul district of Songpa in 2021, the company said.

The move comes as the Accor Group has focused on strengthening its presence in the luxury and premium segments in the country with a pipeline of hotels, including Fairmont Seoul in 2020 and MGallery Seoul Mapo in 2022.

Set in a commercial tower adjacent to Jamsil Station, the hotel and serviced residences will be interconnected to an office building and overlook Seokchon Lake Park.

The new property will also allow easy access to the business district of Gangnam Station and Coex Convention and Exhibition Center, officials said.

With over 120 locations in more than 40 countries, the Sofitel collection includes notable names, such as Sofitel Paris Le Faubourg and Sofitel Singapore City Centre. 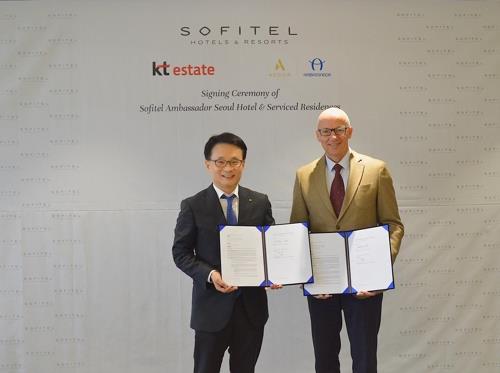