SEOUL, Aug. 23 (Yonhap) -- In his bustling city life, Jo Nam-kyu finds that preparing home-cooked meals can be a real struggle, leaving his kitchen nearly idle during weekdays. He and his wife have been working to find alternatives, and nowadays, they visit a discount store every two weeks to shop for ready-made meals, ranging from fried rice to spicy stews.

"We often buy vegetables and meats to cook, but there are unwanted outcomes like piles of ingredients put to rot in the refrigerator," the 49-year-old salaried worker told Yonhap News Agency at an E-Mart outlet near Seoul.

"Cooking at home, we increasingly found, was a waste of money and time. Our choice was to come to this discount store to buy frozen dumplings and other ready-made products. We sometimes order them online," Jo said.

The couple is among an increasing number of South Koreans opting for prepackaged ready-made food, also known as home meal replacements (HMRs), for their convenience, reasonable prices and good taste. 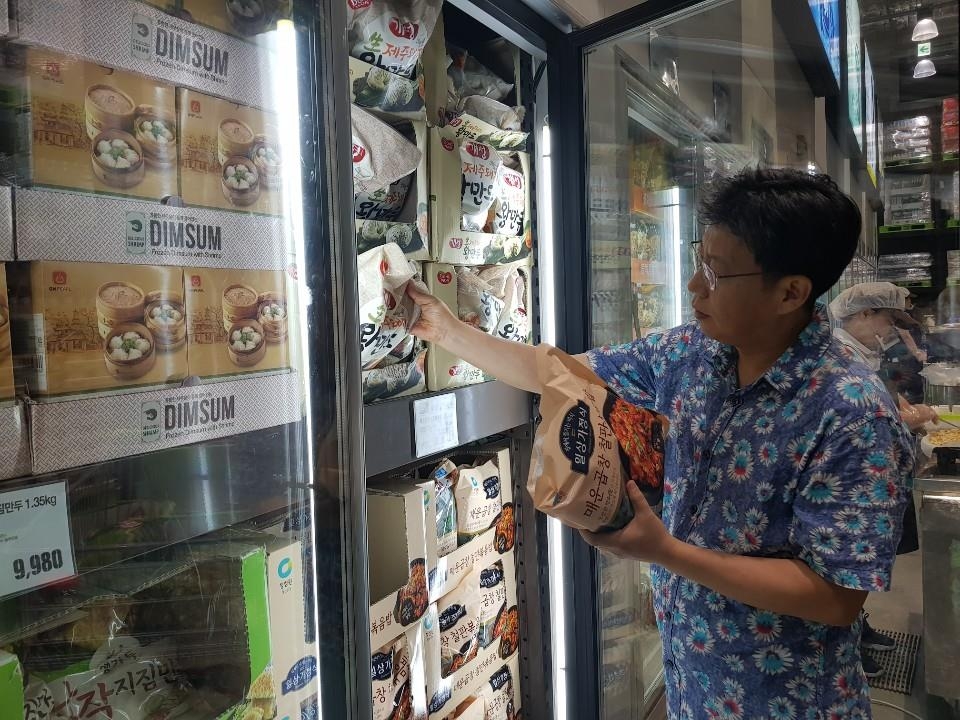 "I cook over the weekends, but during weekdays, I don't have time to prepare meals in the morning. HMR goods are a good solution as my husband wants soup for breakfast. Most of all, the quality and prices of HMR products are really acceptable," she said.

The most expensive "samgyetang" product sold under Shinsegae Group's private HMR brand Peacock is sold for 9,980 won (US$8.50), which is much cheaper than the chicken ginseng soup sold at restaurants in Seoul, usually priced at over 13,000 won.

Indeed, demand for those convenient, quality but price-competitive products has been on the sharp rise in Asia's fourth-biggest economy over the past decade, with many options increasing and consumer tastes also evolving.

In general, people increasingly put a bigger value on time for self-development and time with their beloved ones. Improving gender equality in favor of women and co-parenting trends among couples are also boosting the local HMR market.

South Korea's HMR market has grown an average of 23 percent each year since 2010, but it is still at an initial stage of growth compared with the advanced Japanese market, according to analysts and retail companies.

They forecast the local HMR market will grow 25 percent this year to 5 trillion won (US$4.3 billion) from 4 trillion won last year and then roll on to grow to 10 trillion won by 2023.

"In Japan in the early 1990s, one-fourth of households were single-member ones, its economy was slowing down, its gross domestic product exceeded $30,000 and convenient stores were everywhere," said Mirae Asset Daewoo analyst Baek woon-mok. "Korea has all the same conditions. Its HMR market has a bigger growth potential compared to Japan as its HMR market's pace of growth is three times faster than Japan's two decades ago." 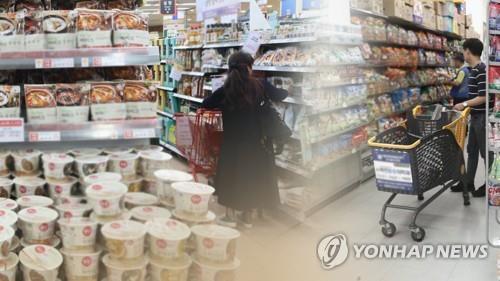 Last but not least, senior households also have emerged as major buyers of HMR, along with working couples with or without kids and single-person households.

"In the past, there were few HMR choices for senior customers who regard rice and soup as essential foods. But today they have more HMR options to choose from as companies have launched a variety of premium soup products," Cho said.

The flagship of the food-to-entertainment conglomerate CJ Group forecast sales of HMR products to increase down the road, driven by purchases made by the older generation.

Local food companies have been also nimble in rolling out a variety of instant ready-made items to meet the voracious needs of customers.

Leading retailers, such as Shinsegae, CJ and Lotte Group, are making more investments in research and development activities and production facilities to meet higher demand for HMR products and to grab a bigger share in the HMR market, they said.

"An increased supply of HMR goods by the companies will result in an increased consumption of the ready-made foods. With the economy slowing down, consumers are expected to spend less on dining out but spend more on such products," a CJ official said.

Industry experts pointed out that the quality of HMR goods and competitive prices should be guaranteed among others for continued growth.

"As the HMR market has low entry barriers, it will draw lots of players and thus low profit margins. It will be a hard task for businesses to present premium products and at the same time reasonable prices," Yoon Eun-ok, a researcher at the Korea Food Service Industry Management Institute, said. 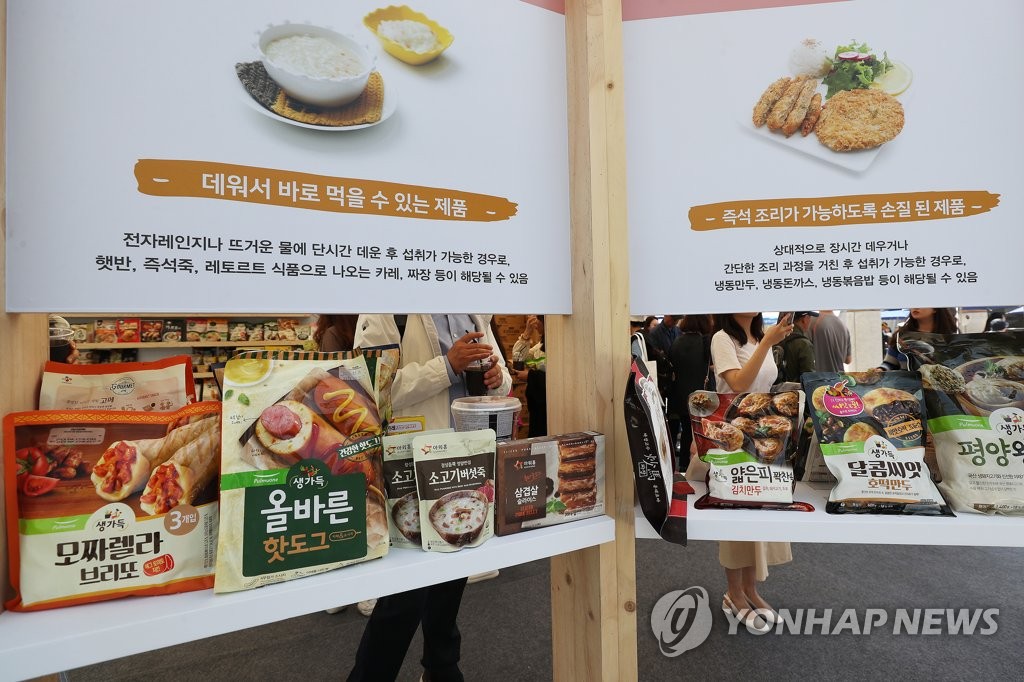