SEOUL, Aug. 21 (Yonhap) -- A group of 14 South Korean lawmakers will visit China next week for discussions on the Korean Peninsula situation and ways to fight the region's fine dust pollution, officials said Wednesday.

The Korean lawmakers from both ruling and opposition parties will attend the sixth meeting of South Korean and Chinese next-generation political leaders to be held at Diaoyutai State Guesthouse in Beijing from Aug. 26-28 under the sponsorship of the Korea-China Leaders Society and the Chinese People's Institute of Foreign Affairs.

The 14 lawmakers, led by Rep. Ha Tae-kyung of the minor opposition Bareunmirae Party, will include Seo Young-kyo of the ruling Democratic Party, Park Sung-joong of the main opposition Liberty Korea Party and independent lawmaker Kim Kyung-jin. 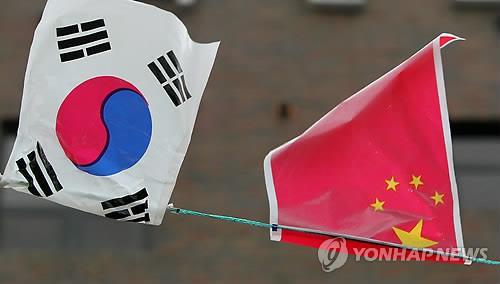 They will hold lunch or dinner meetings with Wang Dongming, vice chairperson of the Standing Committee of the National People's Congress, and former Chinese State Councilor Tang Jiaxuan.

The Korean politicians' visit to Beijing will come after the foreign ministers of South Korea, China and Japan met in the Chinese capital Wednesday to discuss trilateral cooperation for peace and security in Northeast Asia.

South Korea designated fine dust as a social disaster in March as the intensity of the air pollution has increased in recent years. A large portion of the fine dust is believed to blow in from China.