Maddox Jolie-Pitt, 18, has been accepted to Underwood International College at Yonsei, one of the most prestigious universities in South Korea, according to the school.

He will start college life at the school's Songdo campus, southwest of Seoul, for one year to study biotechnology and will live in its dormitory, the university said, adding that the entrance ceremony will take place on Monday, followed by two days of orientation.

"Jolie visited the campus along with several agency representatives today and looked around major facilities, including the dorm and library," a school official said.

She asked some questions to school staff in regards to the operation of studies and other activities for students and expressed her satisfaction, the insider added.

On social networking sites, several citizens have shared their experiences of coming across the actress, with photos of her at Incheon International Airport as well as restaurants and a department store in Seoul receiving much attention. 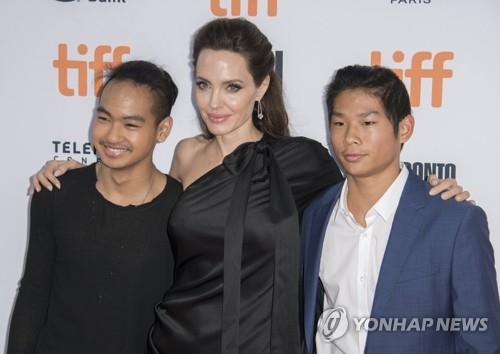