His visit came days ahead of a Group of 7 summit in France, where Japan is expected to rally support for its position in the row. South Korea has stepped up its diplomatic campaign by dispatching officials to the G7 member states. 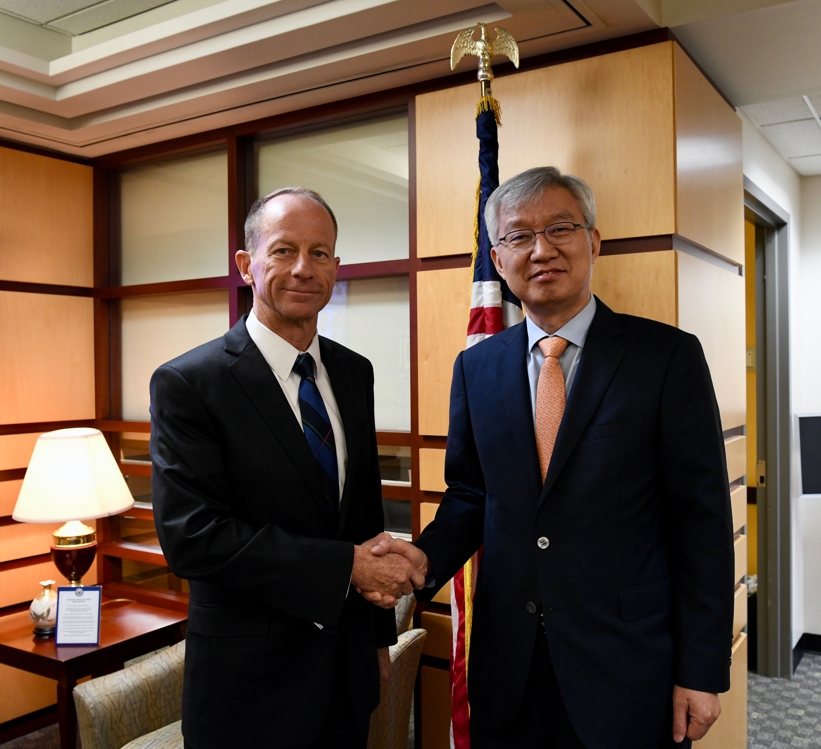 "The U.S. side doesn't think of it in terms of the South Korean side or the Japanese side," Lee told reporters after the meetings. "They maintain the basic stance that as friendly nations that should work together, we should find a creative solution to resolve this."

Seoul and Tokyo have been locked in a bitter dispute since Japan adopted export curbs against South Korea in July in apparent retaliation for a South Korean court ruling that ordered compensation for Korean victims of forced labor during Japan's 1910-45 colonial rule on the Korean Peninsula.

As an ally to both nations, the U.S. has sought to facilitate dialogue between South Korea and Japan and prevent harm to trilateral cooperation against North Korea's nuclear threats.

Lee said he explained South Korea's position in detail and expressed regret over Tokyo's apparent reluctance to resolve the issue through talks despite South Korean President Moon Jae-in's recent offer to "gladly join hands" if Japan chooses the path of dialogue and cooperation.

Lee and Stilwell "reaffirmed their commitment to work together to promote our common vision of a free and open Indo-Pacific, " the State Department's Bureau of East Asian and Pacific Affairs wrote in a tweet.

Lee added that in his meeting with Krach, the two sides prepared for their Senior Economic Dialogue set for later in the year.